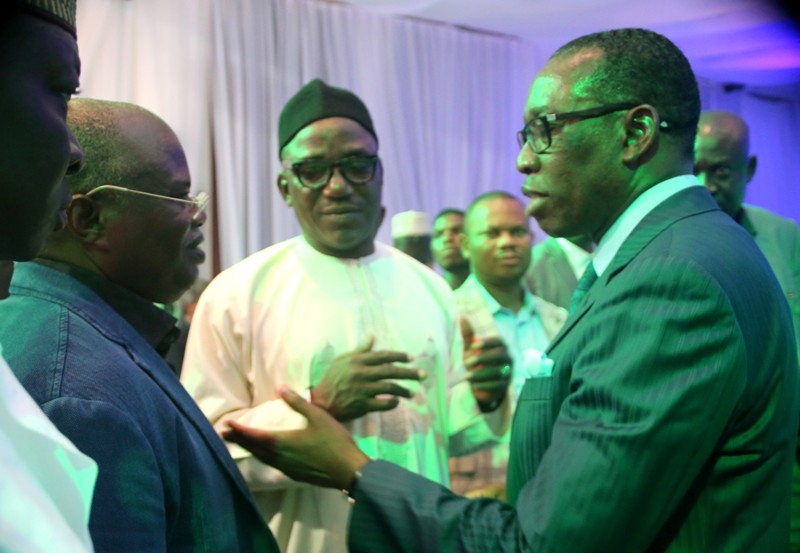 More than N500 million was realised at a fundraising dinner for the forthcoming African Senior Athletics Championship billed to take place in Asaba from August 1 to August 5th, 2018.

Zenith Bank Plc led the donors at the event with the sum of N300 million while Bube Dan, gave N20 million, Levant Construction N20 million, Gomene N11 million, Delta State House of Assembly-N7 million, Federal ministry of Sports-N5 million among others. Some corporate organisations and individuals made their donations anonymously.

“In less than three weeks from today, athletes from 47 African countries, as well as officials will begin to converge in Asaba for this historic event; it is historic in the sense that though this is the second time Nigeria will be hosting this event, this is the first to be held outside Lagos, Nigeria’s sporting capital because in 1989, Lagos was the venue for the sixth edition of the competition,” Governor Okowa said at the occasion.

He disclosed that he accepted for Delta State to host the tournament being organised by the Confederation of African Atheletics (CAA) in conjunction with the NAF, saying, the championship provides “glorious opportunity to further our agenda to regain Delta’s frontline status in sports by hosting this event.”

“Apart from being a dominant force in the National Sports Festival in the years gone by. Delta State has produced foremost international athletes such as Tony Urhobo, Maria Usifor, Violet Odogwu-Nwajei, Sunday Uti, Blessing Okagbare and many others; however, in recent times, it does seem like athletics is taking a backseat, hence, our young ones do not see much hope in pursuing a career in athletics; we believe this event has the strong potentials to reawaken the interest and consciousness of the upcoming generation and motivate them to strive for greatness in athletics,” the governor said.

He continued, “on our own, we have delivered on our promise; the Stephen Keshi Stadium is ready for the event; it was tough but, we got it done and the stadium is actually a beauty to behold.”

Minister for Sports, had in a speech, described Governor Okowa as a performer who saved Nigeria the shame of failing to host the tournament.

“If this type of stadium is replicated in every part of Nigeria, no Nigerian will pass through the Sahara to look for greener pasture because, they will be engaged; Asaba in future may host world championship because of the quality of facilities at the stadium,” Barr. Dalung said, adding, “Governor Okowa is a performer, in 2019, people who have not performed should be booted out of office, Nigerians assess elected officers based on performance; political parties should not be used as launching pad and I will always support anybody who invest in sports development.”

President of AFN in an address described Governor Okowa as “a blessing to Delta State, from the date you (Governor Okowa) accepted to host this event, I know how much that has came into Asaba, in this 2018, there is no one that hosted a bigger athletics competition than you in our country, Delta will never be the same again,  Delta has changed, Delta will continue to change, this is a blessing to Delta through you, we received 48 countries indicating interest to come to Asaba and with what you have on ground, Asaba can host the world.”