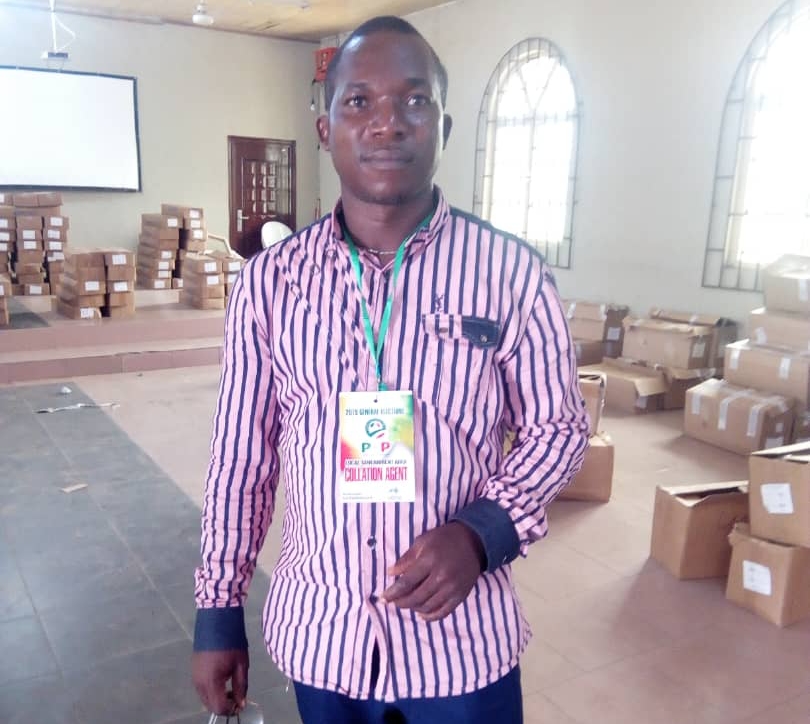 Desperation they say is the mother of all crimes and the opposition has taken this desperation to a whole different level.

The saying that truth will definitely triumph over falsehood has come into play once again as the arranged set-up and arrest of Engr. Akpevwe Uviejitobor, who is Udu LGA PDP Collation Agent in the 2019 elections by the Nigerian Police at the front Central Bank of Nigeria, (CBN), Asaba where he went to supervise the INEC materials to be used in the LGA for the elections.

The plot was to destabilise the Udu PDP LGA, blackmail Engr. Akpevwe Uviejitobor (Udu PDP L.G.A collation agent) and frame the Honourable Member Representing Udu in the Delta State House of Assembly, Hon. Peter Uviejitobor and as well as PDP Party Leaders in the LGA.

The blackmail was allegedly hatched by some opposition bigwigs, little wonder as to why he was hurriedly snapped by the police and the photos sent to the opposition E-Rats.

The said gun was forced on him and an officer hurriedly snapped him and sent the photos to opposition media team who also shared it online, the officer is currently facing the heat at the State CID.

It has been revealed that the said gun was a vigilante gun which was planted by a conspirator who is presently on the run for fear of being caught by the Police.

It was an obvious conspiracy to destabilise the PDP on the election day. Little did they know that the election will be postponed.

As the investigation continues, more revelations will come out to make Deltans know those who are desperate and will do anything to destroy Udu man just to win elections when they know they have failed already.

We thank the Commissioner of Police for his timely intervention and also encourage our teeming supporters to remain calm and be steadfast during this period.