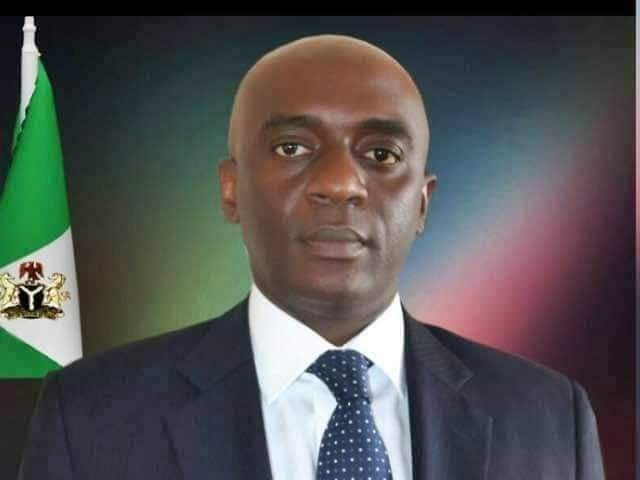 As the activities of security personnel manhandling citizens remains unabated in the country, Delta State is on the news again.

Security aides attached to Mr Chiedu Ebie, the Secretary to the Delta State Government (SSG), manhandled one Mr. Ramson Stephen, for overtaking the convoy of the SSG at Police checkpoint.

It was reliably learnt that Mr. Stephen, was coming to Asaba, from Agbor, to deliver the bike to the owner at Asaba, the State Capital.

Trouble started when Mr. Stephen, rode passed the entourage of the SSG at the Police checkpoint located at Ubulu-Okiti on the Asaba-Benin expressway, Aniocha south local government area of the state.

The security aides onboard the three vehicle-convoy of the SSG with their walkie talkie (the communication tool) for security agents ordered that the bike rider be chased.

A source who was undercover at the checkpoint, who do not want the name on print, said the security aides chased the bike operator and gave him the beating of his life leaving him with bruises.

It was gathered that Mr. Ebie, who was heading to Asaba, was in his official vehicle, watched the ugly scenario like a scene in Nollywood movie.

The eyewitness revealed it took the timely intervention of Police officers manning the checkpoint, to save the Okada man from being shot by the overzealous and trigger-happy security aides.

The sin of Mr. Stephen was to run in front of the convoy of the SSG at the checkpoint, which led to his beating.

Read his text: “Someone just sent another message to that effect. Unfortunately, I know nothing of that as I didn’t travel in my vehicle today.

“Yes my car travelled but I wasn’t in the car and so I will need to find out what happened”.

Shortly after the text, the SSG called and explained further that he drove in a friend’s car while the other cars were behind.

“I did personally travel in my car. I wasn’t in my car, I traveled in another vehicle and that vehicle was way in the front. So, if it happens, it must have happened behind me because am not aware of that”.

He continued: “Because I traveled with my friend and I rode in his car actually, we were in front and other cars were behind us. So, I didn’t see anything like that but if it did, it is quite unfortunate but I will find out what happened”, he explained.