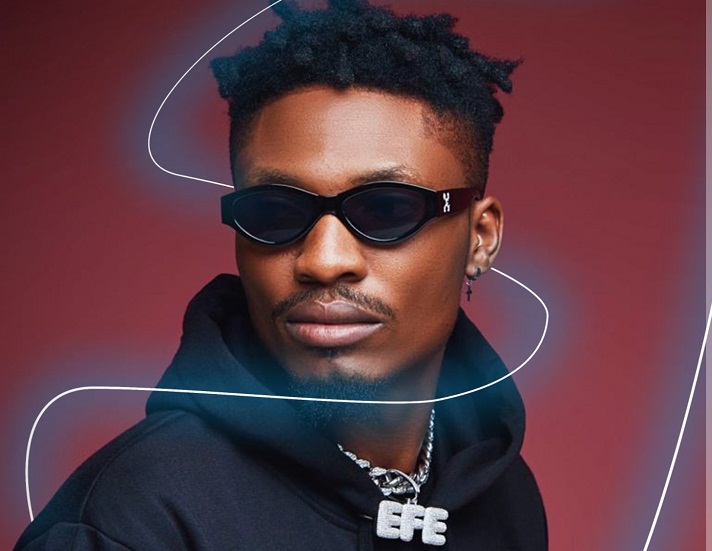 Efe, whose singing craft has been receiving applauds from his harsh critics, only recently released Sho Mo, one of the hit songs from the playlist.

Fans and critics have been praising the music star in his music career which have seen him featuring A-list music stars such as Olamide, Iceprince and Oritse Femi.

Efe, whose recent freestyle on the COVID-19, “Quaranstyle” received heart-warming reviews, said NONSTOP the Playlist is designed to express love and infatuations.

A statement released by his management on Monday ahead of Friday May 22, 2020, noted that the new body of work from the singer would surprise listeners with his improved singing craft.

According to the statement, the EP has songs such as Ghetto Girl, Belinda, Africana, Samba, Number One & Sho Mo on the playlist.

“It is a six (6) track playlist; Ghetto Girl, Belinda, Africana, Samba, Number One & Sho Mo curated by Efe to express love and infatuations to the pleasure of every listener. With this project, Efe sings to the uptempo and groovy dance beats contained in most of the tracks.”

“Efe explains that, this project is not personal, just an expression of the general experiences and feelings of young people round the world especially from Africa who like to dance, party and have a good time.”

Explaining why he decided to go against rap for which he is generally known, the buddling singer who hope to break even in the nation’s music industry with the new body of work said, “When I rap its mostly expressions of my personal feelings, but when I sing its usually just expressions from generalized thoughts, emotions and inspirations.”

Efe assured that the playlist contains good music that his fans and music lovers will love and play repeatedly.

He particularly urged fans to “watch out for ‘Africana’ and ‘Sho Mo.”

The tracks were produced by Tropical, Kapentar, Bandoo and Krazytunes. While mix & mastering was by Suka Sounds, except track 6 “Sho Mo” by Talent Pro.