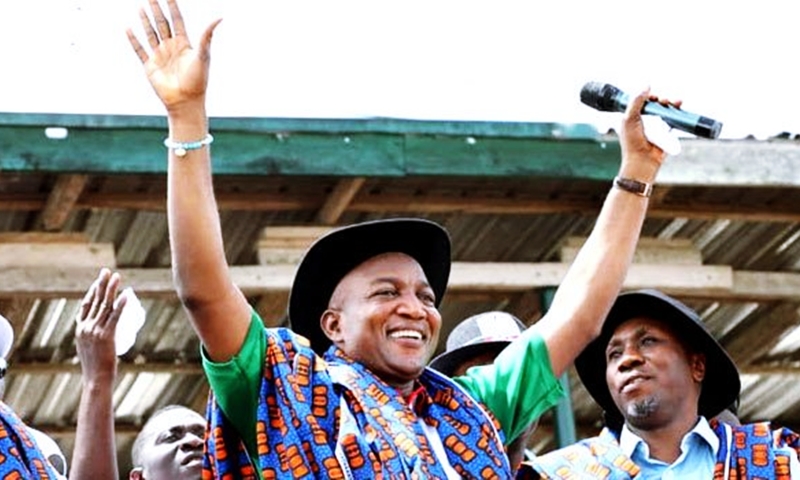 Frank in a statement in Abuja also urged National Chairman of the PDP, Prince Uche Secondus and the National Working Committee (NWC) led by him to apologise or resign over the loss of a state controlled by the party since 1999.

“This victory was not won by the APC but by the people of Bayelsa who have resisted imposition and oppression with their blood because of their implicit confidence in the capacity of Lyon to transform the state and change their story for the better,” he said.

He called on Lyon to be magnanimous in victory and to serve as a dependable rallying point for all Bayelsans irrespective of their political affiliations, ethnicity or creed.

Frank said: “Your victory is not an APC’s mandate but that of the collective will of the people of Bayelsa. Please when you assume office, strive to use it to unite the people of Bayelsa because the state can only attain true peace, development and greatness when united.

“Bayelsa has been divided for too long, but you have been chosen to heal their wounds and wipe their tears.

“Bayelsa has elected you Governor, it is now your turn to govern Bayelsa and cater for all Bayelsans.

“What you do from now will prove whether the confidence now reposed in you by the majority of Bayelsans was misplaced or you will justify their hopes and aspirations by carrying all stakeholders, including those who contested against you, along in your efforts to realise the Bayelsan dream and thus build a greater state we can all be proud to bequeath to upcoming generations.

“Your opponents during the election equally have lofty ideals and ideas for the advancement of the state. Therefore, embrace and work with them in the quest to realise the overall objective of governance which is the welfare and security of the people of the state.”

Frank prayed for the repose of the souls that were lost during the just concluded exercise and equally commiserated with the families of the victims.

“These innocent Bayelsans whose lives have been brutally cut short died in the service of the state. They paid the supreme sacrifice to make Bayelsa great. Let these deaths, injuries and property destroyed not be in vain.

“I urge you to immediately set up a truth and reconciliation committee to appraise all that transpired before, during and after the election, with a view to ensure holistic healing and reunification of the various interests in the state.”

Frank noted that the emergence of Lyon as Governor-Elect has vindicated his position that the PDP had chosen to relinquish the governance of Bayelsa to the opposition APC when it decided to field a weak candidate against a popular aspirant who could have steered the party to victory.

He called on the National Chairman of the PDP, Prince Uche Secondus and the National Working Committee (NWC) led by him, to immediately apologise to all leaders and members of the party in Bayelsa State in particular and the country in general, or resign their positions for deliberately trading the party’s political capital and dominance in the state for a pot of porridge.

“Secondus and the NWC knew what to do but they neglected to do it. This defeat is directly attributable to their poor choices, myopic political calculations and selfishness.

“It is our hope that the outcome of the Bayelsa State governorship election will serve as a lesson to the party to field popular candidates in future elections. The era of imposition is over. Take note,” he said.