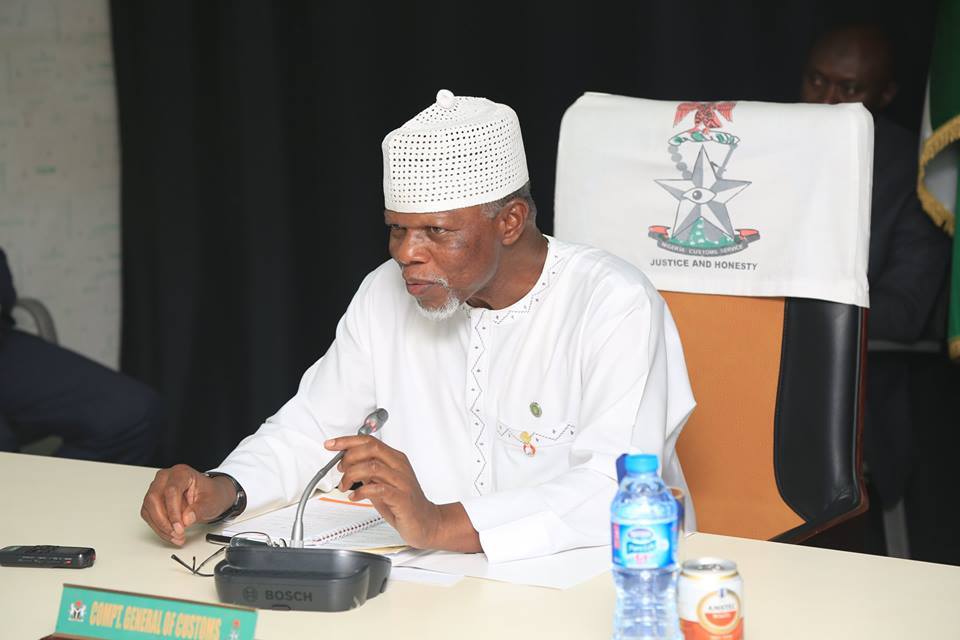 Reports have emerged that the embattled Comptroller-General of the Nigeria Customs Service, Mr Hameed Ali will not appear before the Senate as summoned last week.

The spokesperson of the Service, Joseph Attah, made this disclosure to newsmen today that the Comptroller-General will not be honouring the mandatory appearance which senators issued to him last week.

Consequently, the instruction that Mr. Ali must appear in uniform will also be discarded, Mr Attah added.

Mr Attah said Comptroller-General’s decision not to appear before the Senate on Wednesday was based on a written instruction from the Attorney General of the Federation, Abubakar Malami.

He said Mr Malami was acting based on a writ of summons filed by a lawyer in Abuja.

The lawyer, identified as Mohammed Ibrahim, dragged Mr Ali, the Senate, the Attorney General and the Nigerian government before the Abuja Division of the Federal High Court, seeking judicial intervention in the ongoing controversy about Mr Ali’s refusal to wear Customs uniform.

Mr Attah said Mr Ali “just received a written advice from the Attorney-General’s office urging all parties to stay action on the matter.”

The spokesman further stated that, “based on that new development,” Mr Ali “will not be appearing before the Senate tomorrow.”

He said the Senate was also copied in the advice issued by Mr Malami for all parties to stay action.

In his suit, Mr Ibrahim asked the court to clarify if there is any legal basis for Senate’s demand that Mr Ali must appear before it in uniform.

It will be recalled that Senators chased out Mr Hameed Ali out of the chambers after he appeared before them in a cloth other than his Customs uniform.