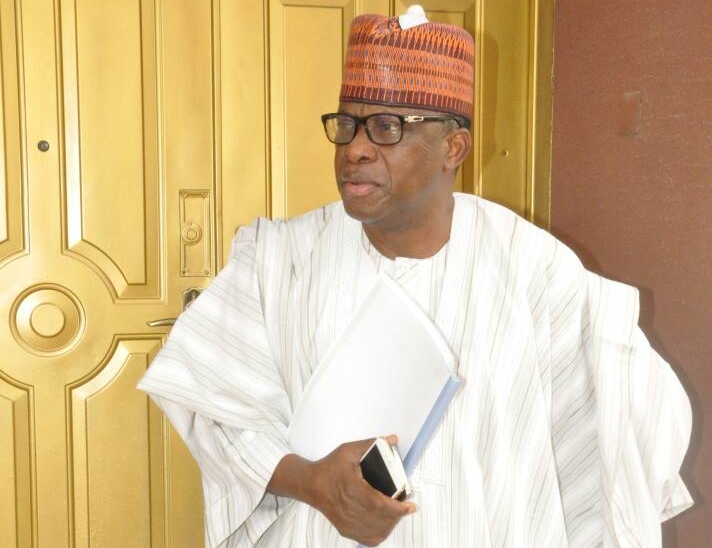 Ahead of the All Progressives Congress (APC) National Convention on Saturday, the Senate Deputy Chief Whip Senator Francis Alimikhena has rebuked the People’s Democratic Party (PDP) over hate campaign against Comrade Adams Oshiomhole ahead of the APC National Convention. He condemned in strongest terms the egregious display of hatred, narrow-mindedness and allegations against the most clean and corrupt free politician.

According to him, Oshiomhole is the best man for the job. “He is a bridge builder and a man of integrity who believes in internal democracy and fairness with ability to mobilize voters. As a former National Chairman of the Nigeria Labour Congress (NLC) Comrade Adams Oshiomhole will deliver Nigeria workers for the All Progressive Congress (APC) in the 2019 election. We have no doubt that Oshiomhole will lead the party to victory in 2019.”

Senator Alimikhena in a press statement issued by his spokesperson Mr Benjamin Atu during a house party by committee of friends ahead of the convention in his Abuja residents, Senator Alimikhena assured that the 2019 election will be a night mare that PDP may never recover from. APC is not in doubt of the capacity of Oshiomhole. He has therefore urged members of the PDP to focus on how to resolve their besetting crisis rather than entangled themselves with the internal affairs of the APC. He also described the PDP as a party in disarray without capable human resource to confront the caliber and credible human resources at the APC.

He maintained that the 2019 general election is significant because it will mark the era of political and economic stability and it required a team player with an established reputation like Oshiomhole in realising this lofty ideals.

“Oshiomhole is a detribalized Nigerian who fought for the general interest of Nigerian Workers. He has the capacity to suppress ethnic and religious bigotry in order to hold the party together. The incoming National Chairman knows the party and is dynamic enough to provide responsible leadership.”

Worried over the interest of the opposition party in the emergency of Adams Oshiomhole as the next APC National Chairman, the Edo North Senator said the the deliberate campaign against former Governor of Edo State by the leadership of PDP has made APC to have more reason to vote and support Oshiomhole as the most battle ready  in the 2019 general election.

The Deputy Whip of Senate described the People’s Democratic Party (PDP) as an enemy of Democracy. He berated critics of President Muhammadu Buhari saying it was the 16 years of the  PDP in Nigeria’s that plunged the Nation into various crisis and insecurity challenges that the current administration has been battling. He thank president Buhari for sanitizing the polity, reviving the Nigeria’s economic from further decline due to the recklessness of the opposition party.

Alimikhena maintained that, the fear of Oshiomhole has made PDP to loss sleep. “We are not going back on our decision to ensure that Oshiomhole becomes the next National Chairman of our great party” just like Adams Oshiomhole carpet PDP in Edo State, Adams Oshiomhole is also going to permanently delete PDP from the political history of Nigeria in the 2019 general election.

While praying for a peaceful and successful convention, Senator Alimikhena tasks members of the All Progressive Congress (APC) to distance themselves from the hate speech of the PDP and rally support for Adams Oshiomhole in order to send PDP parking from the soil of Nigeria.

“Oshiomhole has always been a winner and the story cannot be different in the 2019 general election given his oratory capacity and an advocate of ‘One Man One Vote’.

Senator Alimikhena urged delegates to unite together and support a realistic personality like Oshiomhole in the APC National Convention bid to take place on Saturday.