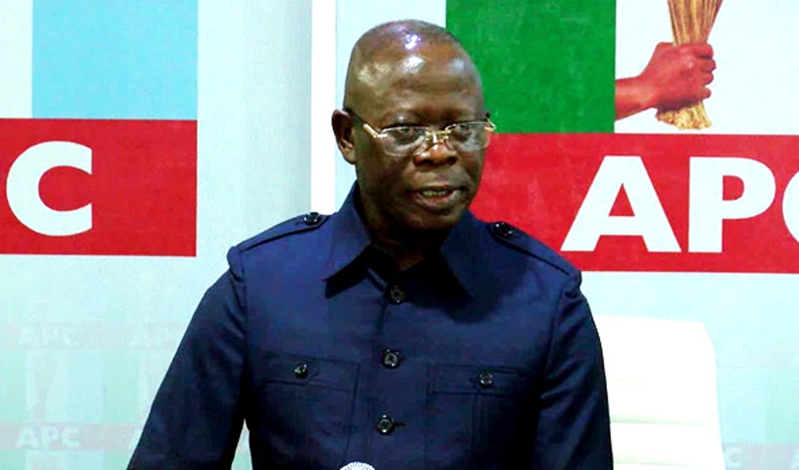 Chairmen of the All Progressives Congress (APC) in the South South has thrown their unflinching support behind the National Chairman of the party, Comrade Adams Oshiomhole in the ensuing crisis rocking the Edo State chapter of the party.

The South South Chairmen described the crisis as avoidable if not for the hardline position adopted by the suspended chairman, Aslem Ojezua who turned down all entreaties made by the Chairman of the APC State Chairmen Forum who mandated the deputy Chairman of the forum to mediate and find an amicable way out of the logjam.

They frowned at the level of disrespect and arrogance exhibited by the suspended Chairman who in clear breach of the party constitution, announced an illegal suspension of the National Chairman Adams Oshiomhole from the party.

The Chairmen dissociated themselves from the suspended Edo State Chairman whose actions they described as shameful and illegal, and had vowed to fight to finish when the peace committee led by the Deputy Chairman, Forum of State Chairmen approached him.

They urged the National Working Committee (NWC) of the party to dissolve the State chapter and set up a caretaker committee to pilot the affairs of the party in Edo State.

They reaffirmed their total commitment and unalloyed support for the National Chairman Adams Oshiomhole while appealing to its teeming members in Edo State, to remain calm and law abiding to allow the party deal with the unfortunate rebellion.