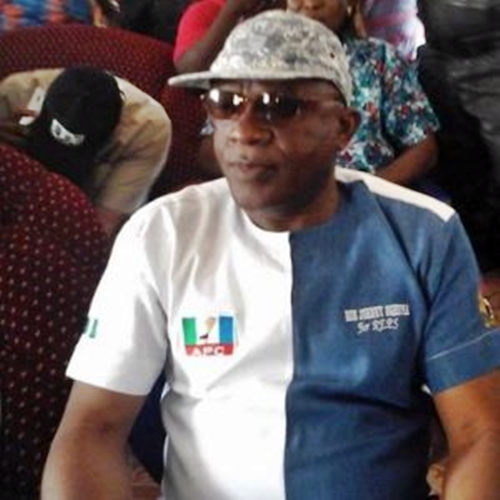 Mr. Johnson Johnny Egwakhide Oghuma of the All Progressives Congress (APC) has emerged the winner of the Etsako Federal Constituency by-election in Edo.

The Returning Officer for the election, Prof. Shola Omotola, who announced the result at about 00:45 am on Sunday, said the APC candidate won having scored the highest number of votes cast.

Speaking to newsmen, Oghuma, who will be 57 years old in March, assured the people of the constituency of effective representation.

“I want to assure Etsako people that I will not fail them.

“I will represent them well and their voices will be heard and I will not disappoint them,” he said.

The bye-election came following the election of the former holder of the seat, Mr Philip Shuaib, as Deputy Governor of the state.

After his primary and secondary education, he went to Bendel State University, now Ambrose Ali University to read Economics.  He obtained a Bachelor of Science degree in 1985.

He later got a Master of Science degree in Economics from the University of Lagos, Akoka in 1990.

He is also a fellow of the Institute of Chartered Economists of Nigeria.