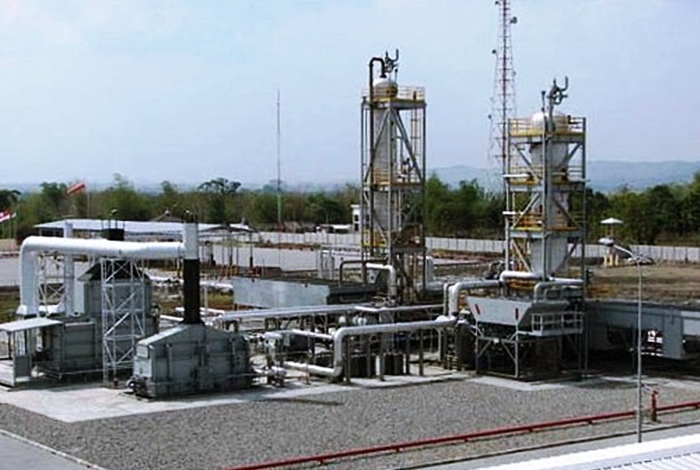 The Edo Refinery and Petrochemicals Limited, a project partly sponsored by the Governor Godwin Obaseki-led administration in Edo State and being developed by AIPCC Energy Limited at Ologbo, Ikpoba Okha Local Government Area of Edo State, will commence operation before the end of the year.

The fabrication of 6,000 barrels per day (bpd) modular refinery has been completed and will be inspected by officials of the Department of Petroleum Resources (DPR) before it will be shipped to Nigeria.

In a statement, Special Adviser to the Governor on Media and Communication Strategy, Mr Crusoe Osagie, said the project is part of the state government’s efforts to transform Edo from a civil service state to an investment and industrial enclave.

He said the modular refinery project joins the growing list of ongoing legacy projects, which also includes the CCTEC Ossiomo Power Plant; the Benin Enterprise and Industrial Park and the Benin River Port.

According to the governor’s aide, “We are making progress on a number of projects aimed at transforming the state into an industrial hub. At the moment, work has reached advanced stage on the modular refinery project, which benefits from the governor’s smart investment acumen, through which he mobilised seed fund for the project.”

Recall that the Edo State EXCO had approved the release of N700 million as redeemable preference shares (investment) in the Edo Refinery and Petrochemical Company Limited.

He added that the venture “will create legitimate employment opportunities thereby reducing poverty, provide job opportunities for teeming youths in the communities, facilitate the establishment of a fabrication yard as proposed by the promoters, and create basis for expertise, professionalism and further training in the oil and gas industry.”

The take-off of the Edo Refinery and Petrochemicals Company followed series of groundwork by the Obaseki-led administration that led to the setting up of Edo Investment Scheme Limited, a Special Purpose Vehicle (SPV) to hold N2 billion investment funds in which the Ministry of Finance Incorporation  (MOFI) and the Edo State Oil and Gas Producing Areas Development Commission (EDSOGPADEC) which are to hold shares of 20 per cent and 80 per cent respectively.

It would facilitate the state’s investment in various initiatives across the oil and gas sector; petroleum exploration, drilling and filling station, sales and supply of gas, agro-allied products, petroleum and petrochemical products and other related businesses.