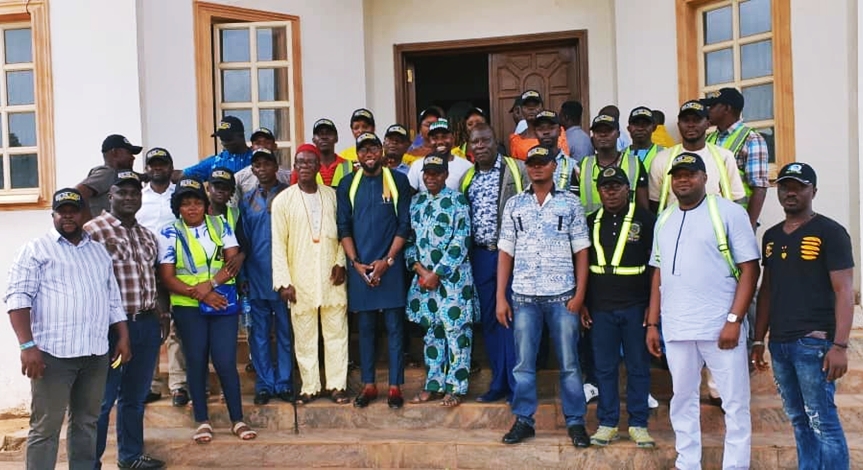 As build up to the Peoples Democratic Party, PDP, primaries coming up in September, Delta State House of Assembly hopeful, Engr. Philip Chukwumah Ugbomah, aspiring to represent the Ndokwa East State Constituency, has continued his consultation with party leaders and stakeholders in the area, with a promise to give them effective representation.

In a consultation with LGA party leadership in the home of Chief Godswill Obielum in Asaba, Friday 17 August, 2018, he stated that his mission to the house will be for service to the area, that will attract democratic dividends, which is currently absent, as evidenced by the inaccessible road network in the 22 clans of the Local Government Area, lack of good relationship between the multinational oil companies operating in the area, absence of teachers in the schools, nurses in the hospitals, and continuous spoilage of the farm produce of the farmers.

“I will ensure that road infrastructure is brought to the 22 clans of Ndokwa East, as this will open the economic power of our communities, which will bring about an increase in our agricultural participation of not just cultivating to sustain ourselves, but cultivate to be a source of export of our excess produce, thereby bringing employment to youth involvement in agriculture, and increase in wealth of the individuals.”

“It’s well known that because of lack of road access, nurses desert our hospitals, teachers our schools, thus making our children to learn little or nothing about their curriculum.”

Engr. Ugbomah who reeled out his experience as a Civil Engineer, promised the party leaders that they will not be disappointed if given the ticket of the party, as he will always consult with them in everything that will attract good development to the local government area, as he will work in synergy with fellow members of the house to ensure that what is due to the people of the area will get to them.

He pointed out that one of the burning issues that had been negatively affecting the local government, is in the area of understanding between the various companies operating in the area, and the people, as the existing Memorandum of Understating, (MoU), had not been favourable to the communities where they operate, and promised that he will give his support to see that the negative trend is reversed, and the tension which now exist because of lack of trust of the companies by the people will end.

“I will work towards continuous and harmonious relationship between the oil companies in the area, by ensuring that the MoU that bind the companies and the communities is balanced, and also sue for the siting of the operational offices of the company in the area.”

“To get all these done I will work with other legislators from other Constituencies to ensure that  a work templates which is workable is produced, to making sure that Ndokwa East receives urgent development plans, and place itself among the oil producing communities, with all the benefits.”

Engr. Ugbomah stated that a committee will be setup with the party leadership in the area to monitor budgetary provision of the area in all the development commissions, and governments.

“The leadership of the party will be consulted monthly, as a committee will be setup to monitor our input on bills and appropriation, be it in NDDC, DESOPADEC, the state, and also reach out to the federal government, the World Bank assisted ecological funds for shore protection of our communities that is being washed away along the river bank, and work towards the compensation of the communities with dividends of governance.”

He assured the leaders that he is into the race for service, and not politics, and appealed to the leaders that the development of the area, by ensuring that the right person is sent to represent the party, and the local government area.

In his response, Chief Godswill Obielum, assured him of a level playing ground during the primary, and praised him for his wealth of experience, which is what is required to attract development to the communities and people of the area.