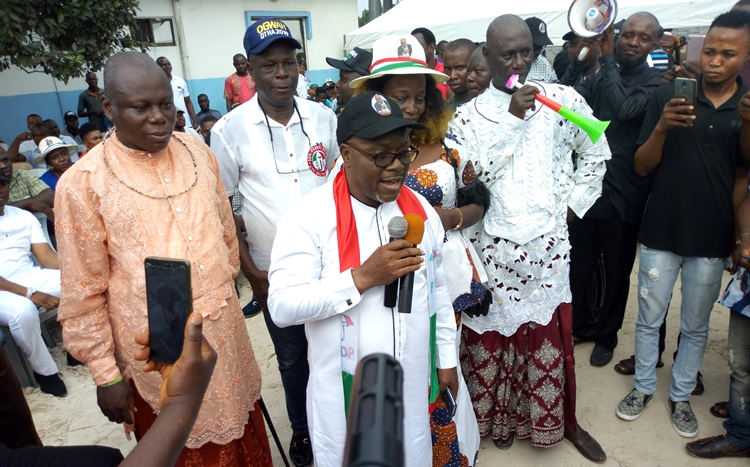 The declaration which took place in the residence of the Chairman, Peoples Democratic Party (PDP), Isoko North Chapter, attracted a crowd of supporters and party faithfuls numbering over 2000.

Ogwah in his declaration stated that his intent to run was spurred by the peoples clamour for quality legislative representation adding that he will not fail them.

According to him, his sojourn in government has afforded him the requisite experience to deliver on the mandate of his people, which is to ensure equitable distribution of the dividends of democracy.

He said that the crowd of supporters is a clear testimonial to the fact that he is the peoples choice even as he commended them for their support and turnout.

His word, “I am not a neophyte in this business hence I can effectively deliver my duties. The crowd today is an affirmation of God’s mandate. I was called by the people to serve and today I have yielded. I will not fail them.”

Ogwah urged the electorate to collect their Permanent Voter Cards (PVCs) to enable them exercise their to choose who they want in the coming election.

Isoko North PDP Chairman, Prince Godwin Ogorugba, congratulated Ogwah on his official declaration adding that the large turnout is an affirmation of the party’s strength and readiness ahead of the 2019 general elections.

He said the party will ensure a free and fair primary to allow for the peoples choice.

He, however, reiterated the need for electorate to collect their PVCs.