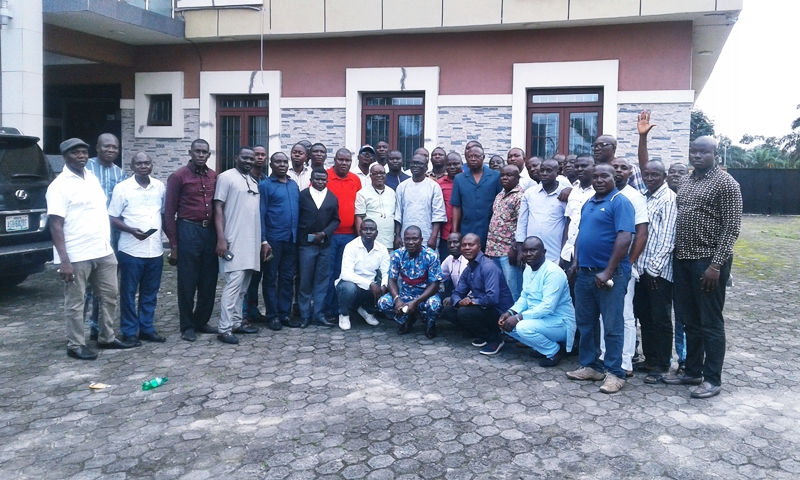 Ahead of the 2019 General elections, the executive and members of the Isoko Patriotic Front (IPF) have kindled an avowal to the re-election of Delta State Governor, Senator Ifeanyi Okowa with a vote of confidence on his leadership style and development strides.

The group, in the same vein, pledged their total commitment and support for the election of the Peoples Democratic Party (PDP) Presidential Candidate, Alhaji Atiku Abubakar.

The group gave their stand when they paid a courtesy visit to their Grand Patron, former Secretary to Delta State Government, Comrade (Chief) Ovuozourie Macaulay.

The group National Chairman, Hon. Daniel Tutumor, in his address stressed that the prospects of Governor Okowa’s governance and style, singles him out as a true fit honed for the actualisaton of the yearnings of Deltans.

Tutumor who was accompanied by some members of the group, well over 50 persons, said that Okowa has surpassed every expectations of Deltans in every material particular.

He commended governor for staying true to his promises of delivering the dividends of democracy  to the people.

The group described former Vice President, Alhaji Atiku Abubakar as an economic  stalwart who is most capable to lead Nigerians out of the mess of the opposition.

They declared their support for Atiku with a cal on Nigerians to cue into the dreams and aspirations  of Atiku which he said were liberational.

Tutumor commended the grand patron of the group, Comr. Ovuozourie Macaulay for his support and leadership which according  to him has taken them through the pestilential waters of politics.

Former Secretary to Delta State Government,  Comrade Ovuozourie Macaulay had earlier in his welcome address, commended the group for the resilience which he said was against all odds with a promise of better times ahead.