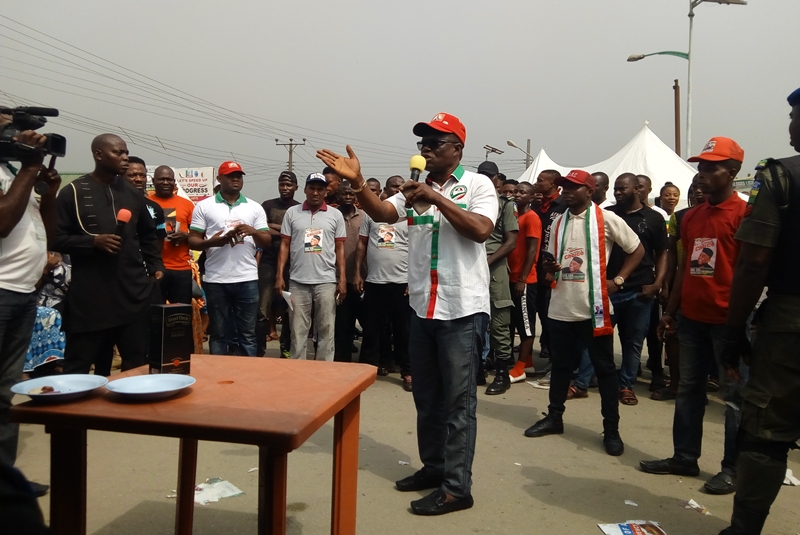 Ahead of the weekend’s general elections, a call have been place on electorates and political stakeholders to ensure peaceful exercise of their franchise across the state.

According to him, as much as the mandate of all party faithfuls is to deliver votes for the victory of all candidates of the party, fomenting or encouraging electoral crisis is not part of the winning strategy.

Macaulay advised electorates to arrive their polling units early enough and should as well vote, wait and monitor their votes.

He said, “we cannot afford to sacrifice our victory on the alter of crisis. All hands must be on deck in this election. Our mandate is to deliver massive votes for the Peoples Democratic Party (PDP). And that, we must be ready to do peacefully and effectively.”

The veteran labour leader, however, stressed the need for electorates to vote with their index finger to avoid invalidation of votes since the voters slot is quite small for the thumb.

In the same vein, he promised to give N100,000 to the polling unit with highest votes for the Peoples Democratic Party in Owhelogbo Ward five.