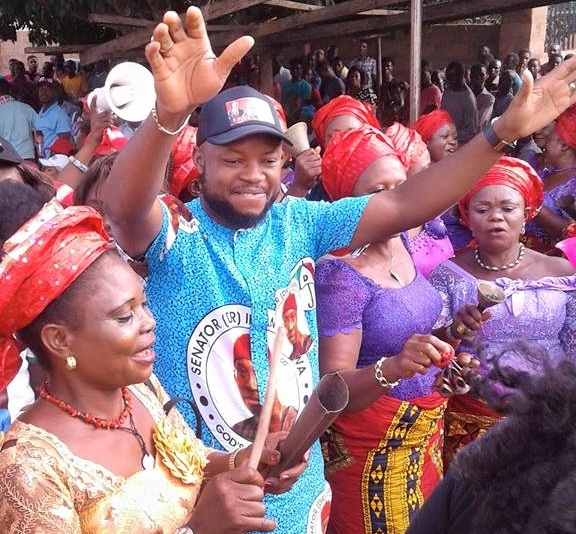 The Member Representing Aniocha North Constituency in the Delta State House of Assembly, Hon Emeka Nwaobi has commended his constituents for their commitments to exercising their franchise in the last Saturday’s general election despite obvious challenges.

Speaking to Journalists on the outcome of the elections, Hon Nwaobi who is the PDP candidate for the next Saturday’s State House of Assembly contest, said the interest of the people towards the election was much more higher when compared with votes recorded in Aniocha North in the elections.

The Lawmaker attributed the development to insufficient election materials at the polling units, malfunctioning card readers, inexperienced of the card readers handlers, among others, noting that many voters were frustrated and went back home without voting.

Hon Nwaobi who is the Chairman, House Committee on Sports and Youth Development, appealed to the Independent National Electoral Commission, INEC to address the challenges and put in place a process that would guarantee free and fair conducts of elections.

The Lawmaker commended the people of Aniocha North for their votes for PDP and urged them to up their games by turning out in their numbers to vote for the party in the remaining Governorship and State House of Assembly  elections holding on 9th March 2019.

He said there is no alternative to PDP, stressing that the reelection of Governor Ifeanyi Okowa was sacrosanct in building a stronger Delta State where equity, justice, peace, progress and development reign supreme.

Hon Nwaobi stated that the delay in his swearing in as a member of the state legislature notwithstanding, he had provided quality representation to the people of Aniocha North and promised the constituency more development when reelected.

The Lawmaker enjoined the people of Aniocha North to turn out en mass next Saturday to cast their votes to reelect him and Dr Okowa for another tenure as member representing the constituency and Governor, Delta State respectively.