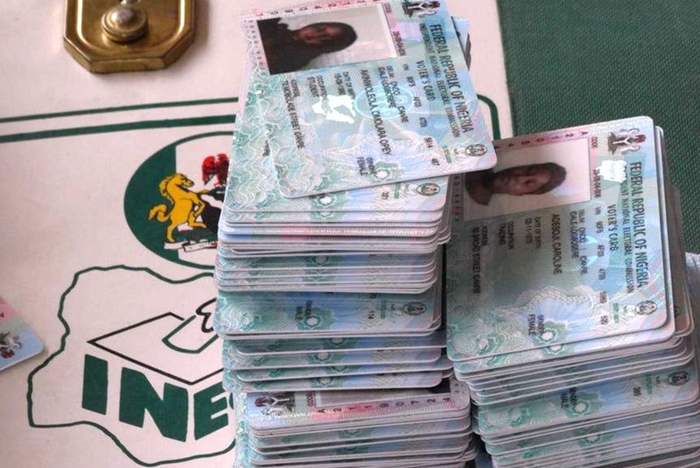 The people of Ewulu in Aniocha South Local Government Area of Delta State have been enjoined to take advantage of the ongoing voters registration exercise to register and collect their PVCs, as it is what qualify electorates to vote come “2019” general elections.

This call was made by the Councillor representing ward (9) Ewulu in Aniocha South Local Government Council Hon. Patience Igbadi while embarking on ‘Door-To-Door’ campaign for Governor Okowa’s re-election come 2019. The counselor emphasized on the importance of PVC which gives the authority to participate in voting during elections at both Local, State and Federal level.

Hon. Patience Igbadi called on the good people of Ewulu to ensure that Governor Okowa is re-elected for a second term come 2019. She enumerated the achievements of Okowa’s administration to include but not limited to the following, the rehabilitation of Umomi Primary School Ewulu, the plans on the ground to give Ewulu Primary Health Centre a face-lift, his developmental strides across the three-senatorial district especially transforming Asaba to Modern state capital.

The Councillor used the opportunity, to appeal to Governor Okowa when re-elected to address the deplorable condition of Ewulu earth road which have been neglected for years by the subsequent administration, noting that Ewulu people have been law abiding citizens who are always committed to the manifestoes of the People’s Democratic Party (PDP) stressing that, they are ever ready to re-elect our son of Anioma, Senator Dr. Ifeanyi Okowa for second tenure.

She emphasized that Ewulu Earth Road have posed as a threat to the economic potentials of the community which includes, the huge Agricultural products, the presence of Benin-Owena River Basin Development Authority, Ewulu citizenship training centre built by Delta State Government, the fresh water fishes from the Umomi river amongst others.

The ‘Door-To-Door’ campaign is purely championed by the Councillor Representing Ewulu under the platform of PDP and other leaders, ward executives who all have affirmed that the people will be ever ready to cast their votes for senator, Dr Ifeanyi Okowa come 2019.

APC Top Job: Delta Rejects Oshiomhole’s Endorsement
I Will be Sworn-In as Governor of Delta State in 2019, Esanubi Declares
Advertisement