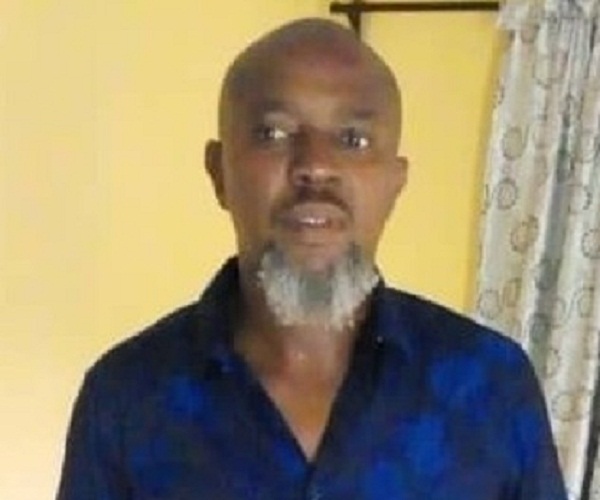 Hon. Enohor Ohwojeheri aka Eminent Cee is from Federal Ward 9, DSIEC Ward 15, Eku-Urban, Ethiope-East Local Government Area of Delta State. He is a founding member of the Peoples Democratic Party, PDP and the present serving councilor representing the Ward.

In this interview with him, Ohwojeheri spoke extensively on several issues that borders on the imposition of candidate without party primary in the forthcoming local government election slated for March 6, 2021.

Honourable, We understand you petitioned the national chairman of the PDP, the state chairman, Barr. Kingsley Esiso, Gov. Okowa, Ibori and others. Can you tell us what led to this?

Thank you very much. I am one of the aspirant for the councillorship primaries in DSIEC State Ward 15, slated to hold on December 17, 2020 at Eku. But unfortunately, we were directed by the ward party chairman, Chief Friday Aghoghovwia to stay off the venue of the primary, and which I obeyed as a loyal party man. The meeting was slated for 1pm, but at about 1:30pm, information came that Chief Bernard Edewor, leader of PDP in Ethiope-East, from Eku, who never showed up at the primary as earlier directed has made a call to Barr. Arthur Akpowowo, a serving Commissioner for Urban Renewal in Delta State, informing him that he has already picked a candidate for Ward 16 and mandating Akpowowo to pick his choice candidate for Ward 15. As a loyal party man, myself and others waited at the primary venue, but none of them showed up for the councillorship primaries.

What happened thereafter, having waited patiently for the primary as directed by the Ward Chairman?

Ordinarily I was thinking that it was not real, but recently I saw a lady, Ejoke Ukweku displaying party nomination form for Ward 16 on facebook and one Ejiro Agbagoro also displaying party nomination form for the Ward 15, i am presently representing, which gave me a shock that made me to ask salient questions on where and when was this primary held.

Honourable, You said you where shocked and bittered how these names came about, as a party member are you saying you were not privy to the primary and the meetings of the party?

Why do you say so?

Like I told you, I am one of the founding members of this great party PDP, and was the pioneer ward chairman of the party from 1998 to 2006. To drag home my claims, I was at the meeting of the PDP held at Sheraton Hotel Lagos in 1998, where all states were directed by the interim national working committee during the time of Solomon Lai, to go back to their various states to constitute their exco’s both at the state, senatorial districts, local government and wards. And as a loyal and committed party man, I was also at the first meeting conveyed by the party at the Petroleum Training Institute  Conference Centre, Effurun, Delta State. I can still remember Late Chief Patrick Bolokor of Blessed Memory, Retired Biakpara, Chief James Manager, Chief James Onanefe Ibori, Late Daniel Erhue Ikie of blessed memory, Chief Ighoyota Amori, my father Chief Jefia, and Chief Mrs. Faith Majemite just to mentioned but few. I remember very well when Chief Patrick Bolokor, late, and Chief Jefia launched the party with a protest sum of ten naira each.

Hon. What led to the protest launching of the party then with the sum of ten naira and other?

While at the meeting, Late Chief Patrick Bolokor said after the meeting at Sheraton Hotel, some persons held a secret meeting before conveying the meeting at PTI and they were not informed, and Chief James Onanefe Ibori apologised for their lapses.

Are you saying this to portray your earlier statement of being a founding member?

Yes, every of the names mentioned here will tell you I am a founding member of the party, because this were exact things that happened at time, and less i forget, that Okowa, Senator Nwaboshi and others were also founding members of the party which my contemporaries are not even privy to.

Some of the names earlier mentioned in your petition like Bernard Edewor, Arthur Akpowowo and others are not mentioned in the meetings you held then, are you in anyway saying you where in the party before them?

Yes. In fact they were formally in All Nigeria Peoples Party ANPP, but after Ibori emerged as governor in 1999, as a smart and a vibrant ward chairman, I started convincing the likes of Edewor, Barr. E. O Obere, Aghoghovwia, Akpowowo, Chief Collins Eboh, just to mention but few, after vigorous political preaching, I won all of them to my great party PDP. To be certain, I won Bernard Edewor and registered him in April 2005 into the party and Akpowowo was won into the party and registered in June 2005. From this analysis, you can now understand that i brought them into the party and I am so bittered that the same people I brought to the party are the ones creating problems in the party, and. i can assure you this will have adverse effect on the party if these issues are not properly addressed.

Hon. You said Edewor imposed a lady, Ukwueku on the party, don’t you think she may have merited that?

Are you of the view that her emergence is been influenced by anybody?

Yes, it is all over the local government particularly my ward that one of the party chieftains in Abraka is the one influencing Edewor to do this hazard. The name of the chieftains and every of their activities is in my petition to the national party chairman, Prince Uche Secondus and others.

Of all you have said, does this back stabbing and irregularities still applied to the chairmanship primaries?

Not at all. The leadership of the party in the local government met severally and created a consensus where General Augustine Ogedegbe emerged as the chairmanship candidate of the party. We all were satisfied with the outcome of his emergence, and because the process was acceptable his emergence was embraced by all and I am particularly pleased with the emergence of Gen. Augustine Ogedegbe, because he merited it.

A lot of your followers in your Ward 15 and across the entire Eku community are aggrieved about what played out in your supposed councillorship primaries. What is your take on this?

Well, I have addressed every of my followers to be calm and patient, that as a loyal party member, I believe in the leadership of the party at the national and state level, that this anomaly will be rectify, especially when my petition carries a lot of information and they should also ask if  the likes of Edewor and Akpowowo has ever won election in their various units.

Honourable, what happens if all these issues raised are not addressed by the leadership of the party, are you taking any legal steps?