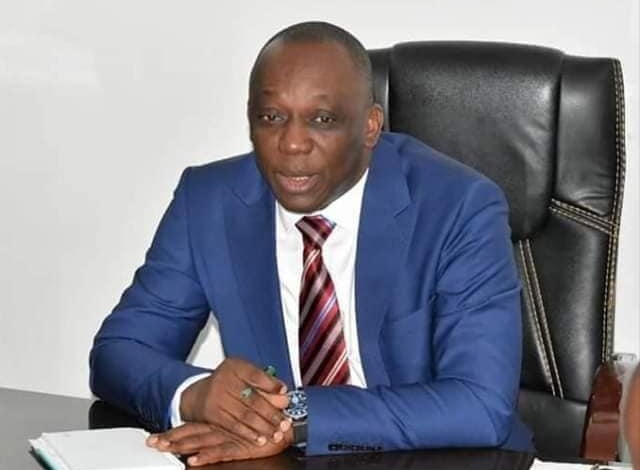 The Asaba branch of the apex socio-cultural Organization of the Urhobos, the Urhobo Progressive Union, UPU has congratulated the Delta State Attorney-General and Commissioner for Justice, Mr. Peter Mrakpor on his re-appointment into the State Executive Council as Commissioner and on his recent nomination for elevation to the prestigious rank of a Senior Advocate of Nigeria, SAN.

The President of the Asaba branch of the Urhobo Progressive Union, Comrade Austin Akpede who led a high power delegation of the Union on a courtesy visit to the Chief Law Officer to the Delta State Government, hailed the Attorney-General for his good gestures toward the Urhobos, saying that his nomination by the Legal Practitioners’ Privileges Committee for promotion to the rank of an SAN did not come to them as a surprise.

Comrade Akpede who described the Delta Justice Commissioner as a cerebral lawyer with a listening ear, commended the Delta State Governor for re-appointing him into his Government as the Attorney-General of the State.

While pledging the Union’s unalloyed loyalty and support for the present government, the President of the Asaba branch of the UPU solicited for more involvement of Urhobo sons and daughters in Asaba in building the Union to become a stronger socio-cultural organization.

In his response, the Attorney-General and Commissioner for Justice, Mr. Peter Mrakpor described the State Governor, Senator Dr. Ifeanyi Okowa as a detribalized Deltan whose actions in Government has been favourable to all ethnic groups in the State including the Urhobos that have benefitted immensely from the Governor’s goodwill.

Mrakpor enjoined his tribe’s men to rally round the Governor in his avowed commitment in building a stronger Delta that is truly prosperous and united, and further thanked the delegation for the visit and sued for more of their support and cooperation.