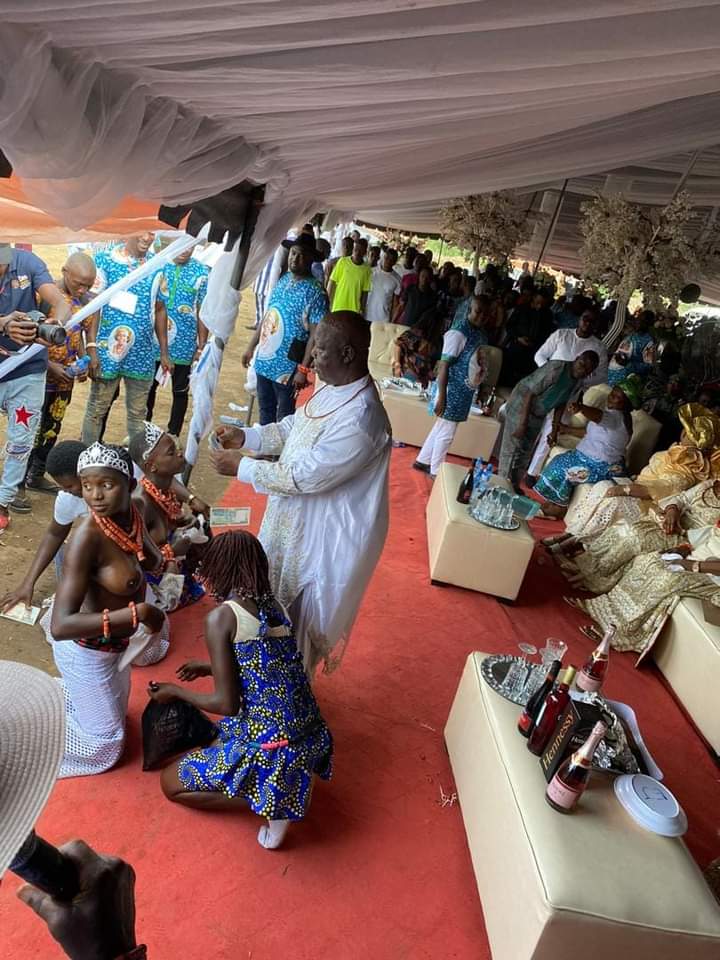 Sequel to a botched planned protest by the International Federation of Women Lawyers (FIDA), in Delta State against a frontline governorship hopeful and former minister of Education, Olorogun Barr. Kenneth Gbagi, filers from the grapevine has it that the country’s Vice is allegedly mobilizing again, yet another protest.

Two weeks ago, a planned protest by FIDA, Delta State branch was uncovered, a plot by one of the governorship aspirant to use a reputable women lawyers under the auspices of FIDA, to drag the towering image of Chief Kenneth Gbagi to the mud.

Although, the women lawyers under FIDA, Delta State Chapter resisted the clandestine move to drag them into politics as they perceived that it was a political tussle between two interested parties come 2023.

Ordinarily, Olorogun Gbagi, an industrialist with a very busy schedule, especially as he focuses on his political career and his 2023 Governorship Project, would not allow himself to join issues with people who have no ambition or have derayed from their courses, but for the purpose of keeping the records straight, would state the obvious.

FIDA’s Country’s Vice and Delta State branch have allowed people to use the reputable organization as a means of getting back to their rivals, in this case, Olorogun Gbagi, with overwhelming support, whom they see pulling more weight in the face of challenges.

Instead of FIDA, to redirect her energy towards ameliorating the suffering of women and girls who are being molested and abused on daily basis by Fulani Herdsmen in their farmlands and rapists who turned their daughters, stepdaughters and relatives to sex apparatus, FIDA, Nigeria and Delta branch, is busy hobnobbing with politicians and dragging the association into mud.

Another pertinent issue that FIDA ought to have done but failed to do because of its political affiliation, was captured in a viral video trending in the internet and social media, of a People Democratic Party (PDP), in Delta in Ovwor Olomu community, Ughelli south local government area, Chief John Oguma, spraying money on two females dressed half naked in a burial ceremony.

In the video, Chief Oguma, stood before the two little girls under their 20s who knelt before the PDP Chieftain while he takes pleasure, spraying money on them in the name of an age long tradition.

The incident occurred on Saturday 5th December 2020 as the young girls were made to dance at the funeral ceremony of his mother in-law (mother to his second wife), in what can best be described as a public shame and indecent exposure that is alien to our culture, being exhibited by an elder and public figure in the society.

According to the United Nations Children’s Fund (UNICEF), on 3rd September 2020, “every child has the right to live free from violence, exploitation and abuse. Violence against children can be physical, emotional or sexual. No forms of violence against children are justifiable”, such as the one Chief John Oguma, got engulfed in.

This is where FIDA should show interest, engage in enlightenment programmes to abort ailing traditions, customs, beliefs and cultures that are obsolete and allien to the 21st century.

The Organizers of the said ceremony, and Chief John Oguma apparently capitalized on the poverty level of the young girls’ dances, whom Oguma brought to Ogbe-Udu, Udu local government area of the state at the said funeral ceremony of his mother in-law, to have made them to dance half-naked before them and the public.

What is more a serious issue that should not be tolerated, is the fact that the said pictures of the half-naked indecently exposed young girls’ dancers at a funeral ceremony, contravenes Section 30 (2) of the Bill passed in this regard by the Delta State House of Assembly, and signed into law on 7th July 2020 by Governor Ifeanyi Okowa.

The section reads: “A person who, with intent to embarrass or humiliate another person whether for a real or perceived wrong, strips that other person naked, completely or partially, commits an offence and is liable on conviction to a term of 3 years imprisonment or to a fine not exceeding N500, 000.00 or both”.

Even a Seminar reportedly organized by the Delta State Governor’s wife, on Child Molestation, is also clearly contravened by this show of shame by Chief John Oguma. And as noted by well-meaning Deltans, this act by Chief John Oguma, making young girls dance naked in public, is repugnant to natural justice, equity and good conscience.

He capitalized on the poverty of the innocent citizens whom the Delta State Government has impoverished and made vulnerable, to carry out this act in a bid to satisfy what may be described as pedophile tendences and demonic lust. This is nothing but a show of shame!

Beyond what the law says, let us bear in mind that these are young innocent girls and children of poor parents in Delta State, and also future wives of some men and future mothers of unborn children. These young girls were born the same way John Oguma’s children were born.

Therefore, FIDA International should call the country’s Vice and the Delta state branch to order before they smear the reputation of the organization that has carved a reputable path for themselves over the years.

It would interest FIDA, International that the same video took a reputable contractor working for the State to jail for a period of six months in Canada, FIDA’S case is not different. “A stitch in time, saves nine”. Be warned!