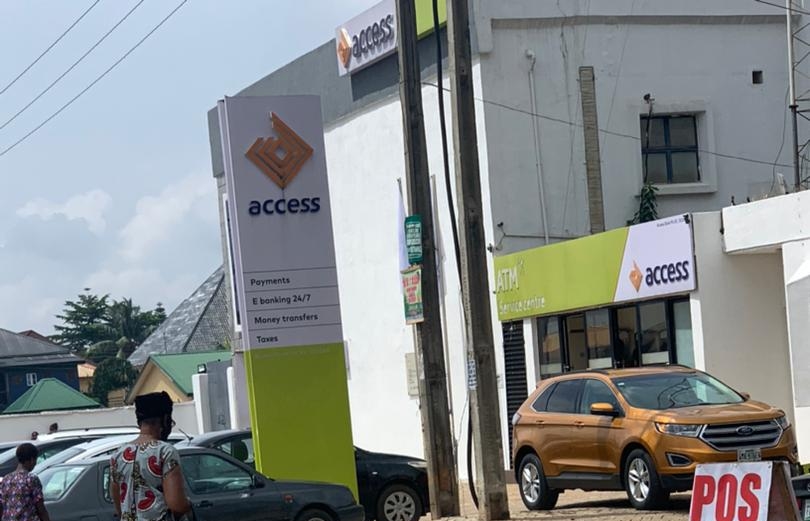 Eight years of diligent service to Access Bank Nigeria Plc have been thrown into ashes as the battle to save her image and family’s life have forced Mrs Confidence Nwabuokei to resign as a support staff of the financial institution.

The ugly events which led to her forced disengagement from the bank, started on 26th February, 2021, a day after the birthday of One Mrs Oluchi Nwabuikwu, the Manager of Branch 025 opposite FMC Asaba, Delta State, who reportedly misplaced her car keys during a birthday party held at the bank’s premises.

Narrating the ordeal to Journalists with the support of her Husband, Barr. Justice Nwabuokei, Mrs Nwabuokei stated that, she was falsely accused of stealing the manager’s car keys, assaulted and subsequently threatened by the trio of Oluchi Nwabuikwu, Edward Nnaji and Ifeanyi Onwukwe who are all staff of Access Bank Plc.

Due to the unlawful detention she was made to pass through; for over 5 hours without her usual lunch and in an enclosed room with fixed cold temperature of an Air Conditioner, her health deteriorated further having been on medication for fever and malaria, as all pleas to turn down the Air Conditioner were rebuffed by the trio of Oluchi Nwabuikwu, Edward Nnaji and Ifeanyi Onwukwe.

According to her, on April 12, 2021, nearly two months after the birthday party, she found a car key on the floor of the bank. She inquired of a colleague to ascertain if the key was the one declared missing by the Manager. Failing to verify the ownership of the key and they abandoned it at the spot. However, another staff who found the keys, presented it to the manager who confirmed it was hers.

“Surprisingly, on the April 15, 2021, at about 11am, I was called to the compliance office of Mr Edward Nnaji for interrogation which led to my detention and false accusation of stealing the car keys. I was locked up with him for hours.” Mrs Nwabuokei narrated.

Still detained at the instance of Mr Ifeanyi Onwukwe, Access Bank Zonal Head of South East II, a doctored CCTV video of the car key was later circulated of which she was not meant to view. She pressed to see the video but was denied. However a further push got her surprised when the staff in charge of the CCTV said that the camera at the spot where the key was found was not working.

Meanwhile, luck came her way some minutes past 4pm when she managed to put a call to her husband who swiftly swung into action and queried the illegal detention and maltreatment of his wife in the bank premises.

He demanded that a proper investigation be carried out and report released in order to clear the name of his wife who was been blackmailed and accused falsely as colleagues and customers at the bank had started labeling her a thief.

Leading the call for Justice for his wife, Barr Nwabuokei said, “Due to the persistent demands to get the report of the hurriedly put up investigation, which the zonal head had promised to release within two weeks, my wife was transferred out of Asaba to Access Bank, branch 373, Onitsha, Anambra State to cover up their hidden agenda.

“Ever since the degrading treatment melted to her at Edward Nnaji’s Office on April 15, 2021, my wife now suffers from Pneumonia, severe chest pain and heart enlargement. She is in severe pains, on several medications and in and out of hospitals.

“Above all, she has lost so much goodwill, friends as a result of the gang up and deliberate attempt by the co-conspirators to harm, harass, intimidate and tarnish her well built image and personality over time for no just cause. Her life is seriously at risk as unknown persons have been calling and threatening her to drop the demand of the investigative report.”

He informed that, a petition to Mr Herbert Wigwe, the Managing Director, Access Bank Plc, which copied the National Human rights Commission and Central Bank Governor demanding an independent investigation into the character assassination of his wife and justice be served on the perpetrators.

A call to the mobile numbers of Mrs Oluchi Nwabuikwu and Mr Ifeanyi Onwukwe on 070680***** and 080320**** respectively to get their response on the matter, yielded no results as they declined speaking to journalists.