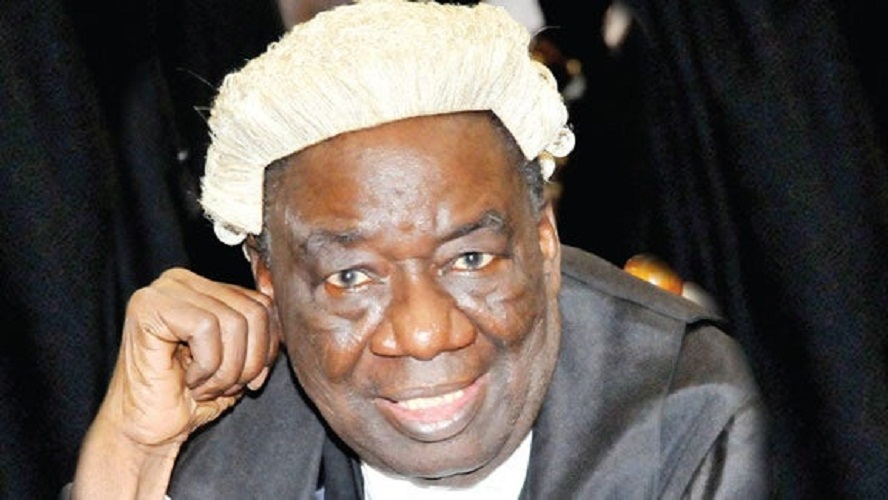 The Minority Leader of the House of Representatives, Hon. Ndudi Elumelu, has expressed sorrow over the death of legal luminary, former Attorney General of the Federation (AGF) and Minister of Justice, Chief Richard Akinjide, describing his death as a national tragedy.

Hon. Elumelu, in a statement on Tuesday, described Chief Akinjide as a detribalized Nigerian, an exceptional statesman, a quintessential administrator and an incomparable legal lcon, who made immeasurable sacrifices towards the unity, stability and development of our dear nation.

The Minority leader further described Chief Akinjide as a foremost democrat and nationalist whose patriotic contributions as a journalist, university lecturer, lawyer, politician, minister of education and Attorney General of the Federation, stood him out as one of Nigeria’s brightest leading lights in the quest for national stability and growth, particularly during the First and Second Republic.

Hon. Elumelu noted that Chief Akinjide’s role as a member of the Constitutional Drafting Committee of 1975 to 1977 testify to his commitment towards the political, social and economic development of our dear nation.

He described his death as a huge loss to the nation, particularly at this trying time.

The Minority Leader commiserated with the Akinjide family, Federal Government, the government and people of Oyo state, the Nigeria Bar Association (NBA) as well as his Ibadan kindred and prays God to grant Chief Akinjide eternal rest.