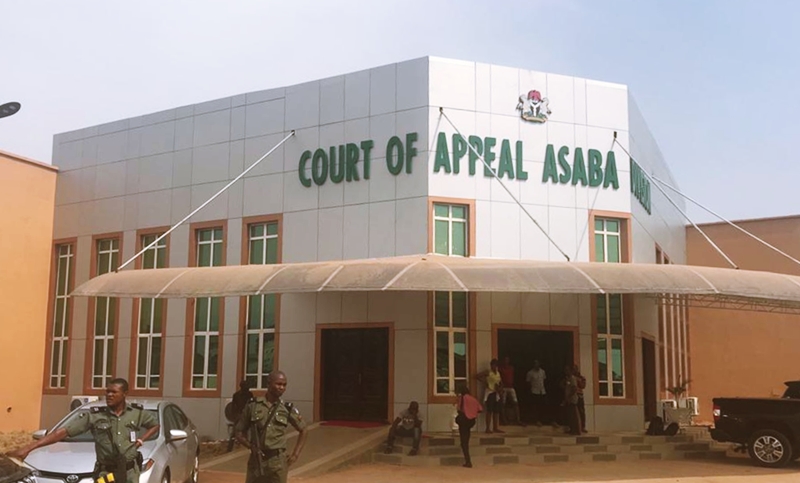 The Delta State House of Assembly Committee on Housing and Women Affairs has visited the site of the ongoing Appeal Court Complex project in Asaba for on the spot assessment.

Chairman of the Committee, Hon Ferguson Onwo said the visit to the complex was part of member’s oversight functions on the supervisory ministry handling the project.

The State Commissioner, Ministry of Housing, Chief Festus Ochonogor conducted the Lawmaker round the various sections of project located along Maryam Babangida way in the capital city.

The Chairman House Committee on Housing, Hon Ferguson Onwo, commended the pace of work and quality of job on the complex.

Hon Onwo who represents Isoko South two Constituency in the house, stressed that the project was in tandem with the desires of Governor Ifeanyi Okowa to building a Stronger Delta.

The Lawmaker said the presence of the Appeal Court in Asaba has brought Justice closer to the people, emphasizing that it will cut down the traffic to Benin City by Deltans seeking Justice in Appeal Court.

Chairman, Delta State House of Assembly Committee on Housing and Women Affairs, Hon Ferguson Onwo (In Suit) and State Commissioner, Ministry of Housing, Chief Festus Ochonogor (left) during an on the spot assessment of ongoing work at Appeal Court Complex

Flanked by two other members of the Committee, Honorables Innocent Anidi and Asupa Forteta, Onwo affirmed the commitment of the Delta State House of Assembly at ensuring quality execution of projects in the state.

The State Commissioner for Housing, Chief Festus Ochonogor, disclosed that the remodeling of the Court of Appeal, Asaba Division project was costing the state government eight hundred million naira (N800,000,000).

Chief Ochonogor told newsmen after conducting the lawmakers round the court premises, that the complex is to be commissioned coming Monday, February 3.

He said the complex was not originally designed as a court but had to be remodeled to meet best practices, stressing that although the structure was already there, government had to transform it to meet the standards of a modern court.

The Commissioner noted that the development was as a result of the exigencies for an Appeal Court in the state.

He listed some of the facilities within the court complex to include two large courtrooms, six chambers, offices, dedicated access routes for the judges, conference halls, e-library and cafeteria.

Chief Ochonogor expressed confidence that the contractor will put finishing touches before the scheduled date for commissioning.