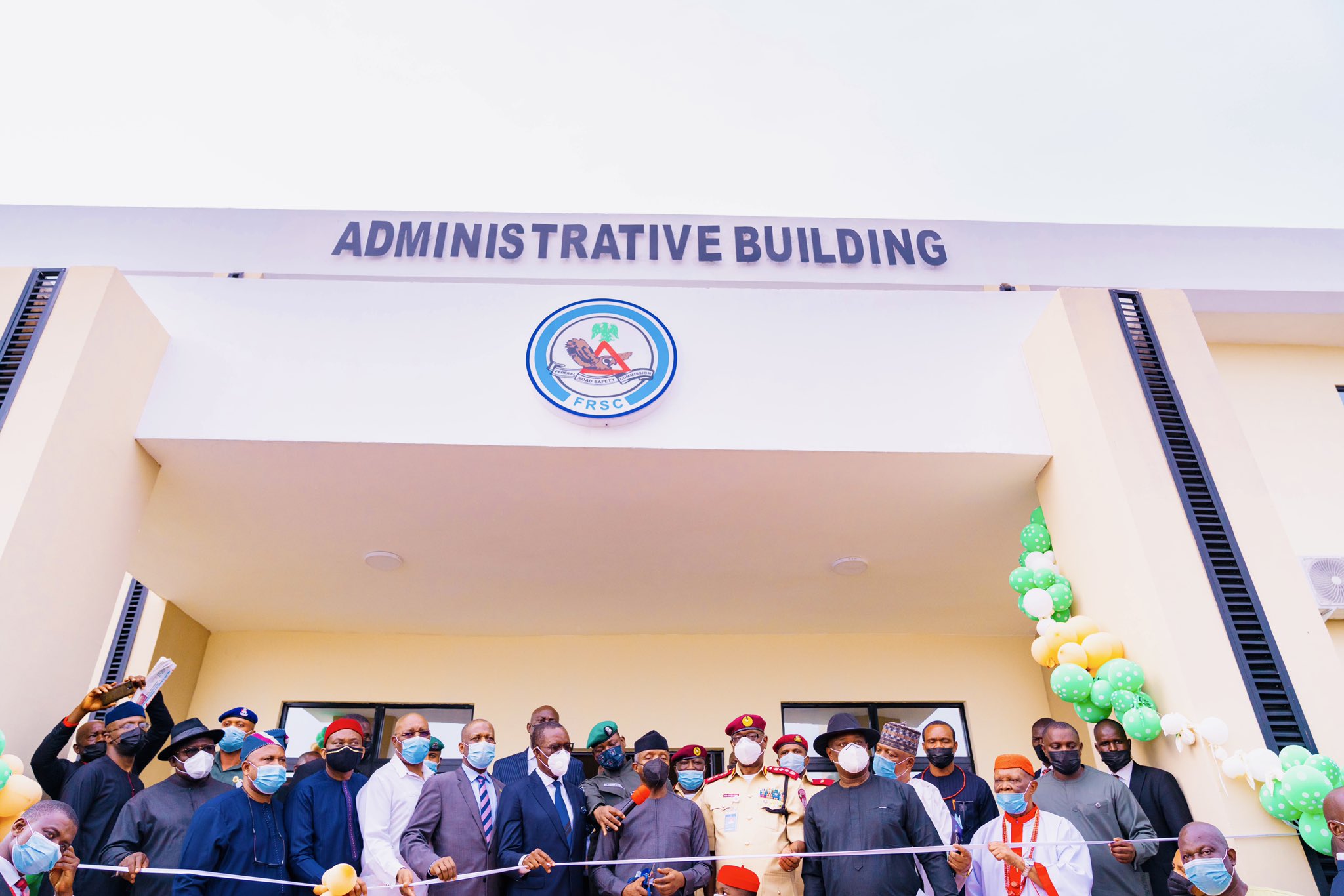 Nigeria’s Vice President, Prof. Yemi Osinbajo has cautioned proponents of secession in the country, advising them to drop such campaigns.

He said that Nigeria was a great nation notwithstanding its diversity and current challenges, adding that Nigerians should harness the inherent benefits in the country to promote sustainable socio-economic growth and development.

“To truly achieve this, Nigeria as a nation, must continue to promote justice, equity and fairness among the diverse groups in the country.

“We must caution those who are agitating for the break-up of the country against such agitation. It is important for our people to understand that the unity of this country must not be compromised,” Osinbajo said.

He commended Delta State Government under Governor Ifeanyi Okowa for building the training institute for the federal agency and said that such partnership between states and the Federal Government was needed to promote sustainable development in the country.

“The development of the country depends, to a very large extent, on this type of cooperation between states and the Federal Government.

“The greater the co-operation between states and the Federal Government, the greater the development that Nigerians will witness will be,” he said.

The vice president remarked that the FRSC training school was fully furnished for the training of non-commissioned officers of the corps, and commended the management for its commitment towards delivery on its core mandate of reducing road crashes in the country.

“This far-sighted contribution of the Delta State Government is worthy of all commendation and it’s an excellent example of the collaboration between state and the Federal government.

“The ultimate beneficiaries of the project are the people of Delta and of course, the country at large. I must encourage all other states to emulate what Delta has done and exemplify this spirit of cooperation for development.

“Road safety is a collective responsibility and that is what the government of Delta has demonstrated today.

“The Federal Government will continue to support organisations that demonstrate commitment to their statutory duties. Let me again appreciate the Delta state government for the huge financial resource invested in this project,’’ he said.

In his remarks, Gov. Okowa said that a well-trained road safety marshal would impact positively on road safety standards and safe-driving practices in the state and the country.

He said that his administration had completed 483 road projects across the state, including the riverside areas.

“In 2019, the FRSC intimated me of their plan to establish a Marshal Inspectorate Training School (for non-commissioned officers) in Delta State on the condition that the state government will provide a safe, functional and adequate campus for its take-off.

“We knew the project would stretch our already limited resources but we were also confident that in the final analysis the benefits of locating the school in our state far outweighed the costs.

“It is also our pride that through this project, the Delta State Government is able to contribute in a significant way to the overall improvement of road safety in Nigeria.

“Our administration will continue to avail itself of any opportunity to improve road and physical infrastructure, grow the local economy, especially the informal sector, create employment opportunities and advance the general well-being of our people, while contributing our quota towards the advancement of “Project Nigeria’,” Okowa stated.

Corps Marshall and Chief Executive Officer of FRSC, Dr Boboye Oyeyemi, commended Delta State Government for building and handing over of the training school to the corps.

He said that the successful inauguration of the training institute would add value to human capital development in the Corps.

On his part, the Obi of Owa Kingdom, Dr Emmanuel Efeizomor II, said that the place of education as the path of dignity and mental erudition could not be over-emphasized.

He described Gov. Okowa as a partner in national development and called on politicians to live in conviviality as the nation could only grow when leaders worked together in the interest of the nation.

“It is only education that can liberate the country and we will support you to ensure that Nigeria remains one; it will not break up in our time,” the monarch stated.