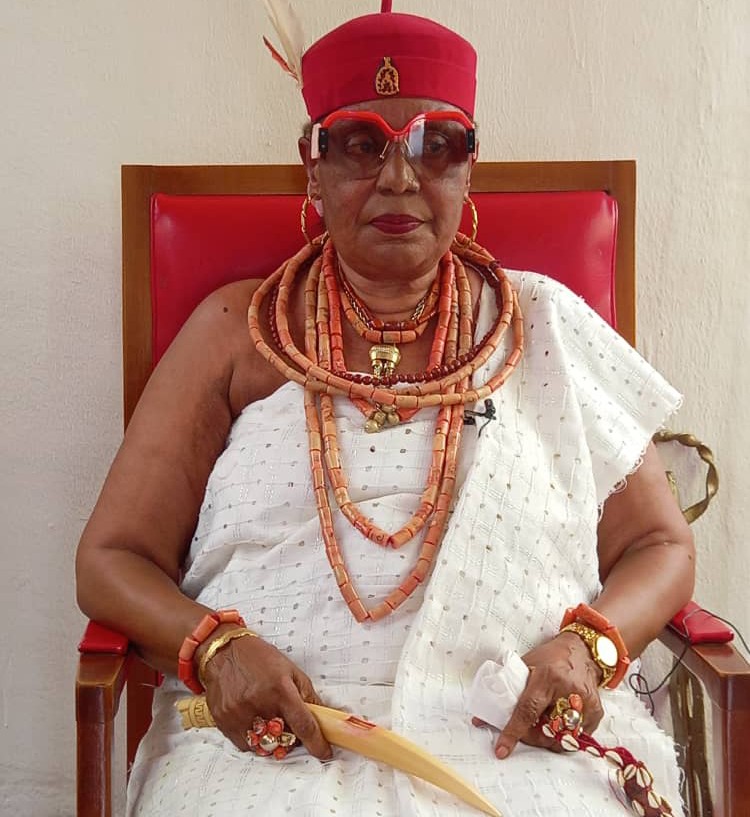 The Omus in Anioma Nation will converge at the Omu Anioma Palace Okpanam on 11th September, 2021, at 11am to celebrate the Omu Annual Otite (Roasting of Yam) Festival.

This Inaugural Edition is the prelude to subsequent yearly editions.

In statement signed by Comrade Patrick Ochei, Media Consultant to the Omus in Anioma Nation, “the idea of Omu Annual Otite Festival was made possible in our concerted effort to reenact our value system and bring renaissance into our culture. We deemed it necessary to leverage on the gains of our over the years consistent media campaigns and advocacies which have yielded enormous relevant results, to establish a legacy on ground.”

On this note, “Omuship Installation In Anioma and Women Development Initiative” was registered, whereas the Omu Annual Otite Festival will become a major function of the body of Omus in Anioma Nation.

The Festival will also feature the official unveiling of the two buildings donated by Obi Martha Dunkwu, Omu Anioma/NNEOHA to Centre for Omuship in Anioma and Women Development Initiative, (that will be a reference point for Omuship worldwide, a research Centre and a Centre to shape Women’s values in Anioma Nation); and Obi Martha Dunkwu Foundation (that will give scholarship to indigent girls in Anioma Nation).

The Obi of Ubulu-Uno, HRM Obi (Dr) Afamefune Kikachukwu JP will be the Royal Father of the Day and will unveil the building for the Centre for Omuship and Women Development Initiative, the Omu Anioma, HRM Obi Martha Dunkwu will be the Royal Mother of the Day, the Isama of Ashama Kingdom, Chief John Nwafor will be the Chairman of the occasion and will unveil the building for the Obi Martha Dunkwu Foundation while the Guest of Honour and Executive Chairman of Oshimili North Local Government, Hon. Innocent Esewezie will declare the Exhibition open.