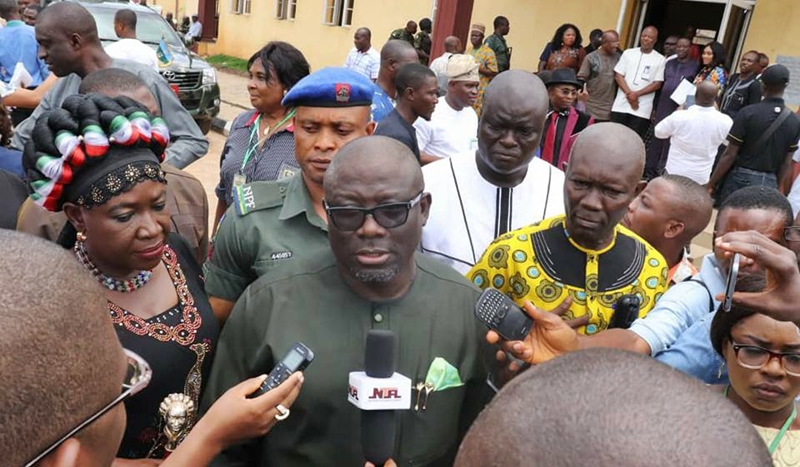 Elected members of the Seventh Delta State House of Assembly has pledged their readiness to work in synergy with the executive arm of government towards building a stronger Delta State.

Those who spoke immediately after they received their Certificates of Return as winners of the elections in line with the electoral acts, said they would be able to answer in affirmative that they worked for the development of their constituencies and the state at the end of the four years tenure.

The Speaker, Rt Hon Sheriff Oborevwori who was re elected for the second tenure, thanked God for giving him the privilege to serve again, pledging never to disappoint the people of Okpe who gave him the mandate.

Rt Hon Oborevwori stated that there was no better way to celebrate victory than to give thanks to God, expressing optimism that the 7th Assembly will be more robust as a vibrant house.

“I thank God for giving me the privilege to serve again. All power belongs to God and I believe that no one can question God. There is no better way to celebrate victory than to give God thanks. Delta State House of Assembly is the most vibrant legislative House in Nigeria, we will be more robust in the seventh Assembly and kudos to my colleagues”. Oborevwori said. 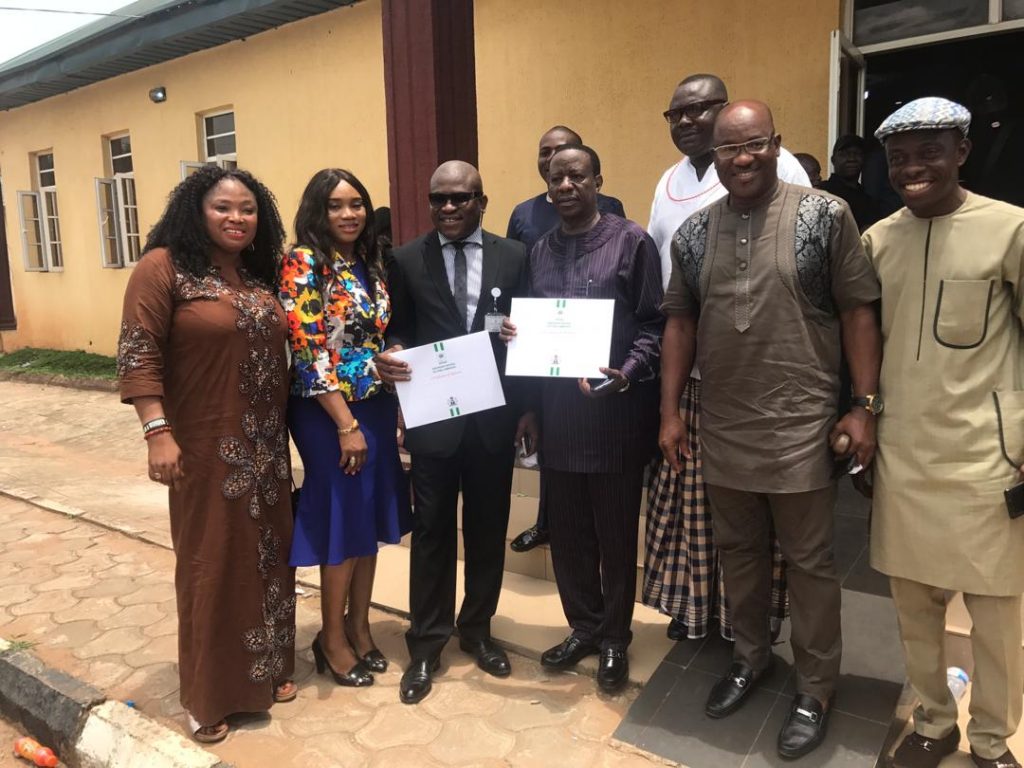 Hon Reuben Izeze, another re elected member for second term, said he was extremely grateful to God and the entire people of Ughelli South Constituency for the mandate, stressing that despite the challenges, God gave him victory.

Hon Izeze promised to consolidate on his past achievements as the representative of the people, stressing that Deltans should expect more practical infrastructural development as well as quality laws that would impact positively on the state.

“I am extremely grateful to God and the entire people of Ughelli South constituency. We are going to consolidate on what we have been doing. They should expect more infrastructure for our schools and others. Also, the laws we make will impact on our people”. Izeze stressed.

In a related development, the returning Member Representing Udu Constituency, Hon Peter Uviejitobor, paid glowing tributes to the people of Udu local government area for sticking to the path of progress.

Hon Uviejitobor promised never to fail the people of Udu but to continue to drive practical development to the constituency and actively participate in making of laws for peace and good governance of the state. “I thank God for His mercies and the People of Udu for believing in me. I will never disappoint them. More development, more good things are coming there way. I appealed for their continued support for me and the Governor, Senator Dr Ifeanyi Okowa. I congratulate all. We are all winners. Those that contested with me should join me to develop Udu more”, Uviejitobor stated.

Hon Okoh acknowledged the commitment and support from critical stakeholders in the development of the state and promised to continue to remain in synergy with them in his determination towards driving more development to Ika South constituency.

“Because my people has again reposed their confidence in me, I will not disappoint them. They should expect that I will improve on things that I have done in the past. I will continue to seek the inputs of stakeholders for the betterment of Ika South Constituency”, Okoh said. Hon Solomon Ighrakpata who was a member of the Fourth Assembly, said he feels good and great to be back to House, expressing gratitude to God and people of Uvwie constituency for the vote of confidence.

Hon Ighrakpata assured of good representation as always and to attract the dividends of democracy to his people.

“I feel good and great to be back to the House. I thank God Almighty and great people of Uvwie.

I assure all of good representation as always and to attract the dividends of democracy to the constituency”, Ighrakpata stated.

For his part, Hon Emomotimi Guwor, said the people of Warri South West made the right choice by voting massively for him, promising to represent them very well and never to tamper with the confidence reposed on him by the people.

Hon Guwor who stressed the need for the people to be patient and watch out for positive changes as they unfolds, expressed optimism that Warri South West will be given its pride of place as a major oil producing area in the Niger Delta region.

“I give thanks to God. I will represent the people of Warri South West very well. I will fight for things that will bring development to my people. You know that they are impoverished and suffering from oil exploitation. I will not forget the women and youths of Warri South West. They should be patient with government and watch out for good representation”, Guwor assured.