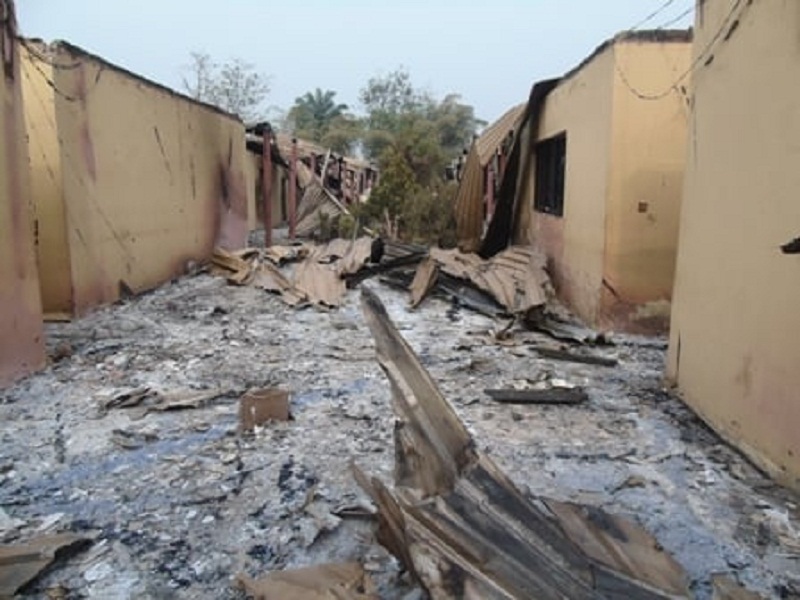 The Lawmaker representing Aniocha North State Constituency in Delta State House of Assembly, Hon. Engr. Emeka Nwaobi has described the burnt Issele-Uku High/Magistrate Court Complex as colossal damage, adding that it was one loss too many.

He made this assertion Monday 22nd February, 2021, while carrying out an on the spot assessment of the level of destruction on the Court.

Hon. Nwaobi who was guided round the court premises by some officials of the court, expressed shock that the entire building housing the State High Court and two Magistrate Courts was razed down by fire in one swoop.

Talking to newsmen, he said though the cause of the inferno had not been ascertained yet, it was obvious it was not caused by bush burning because the trees at the back of the building where the fire was suspected to have come in from did not burn. 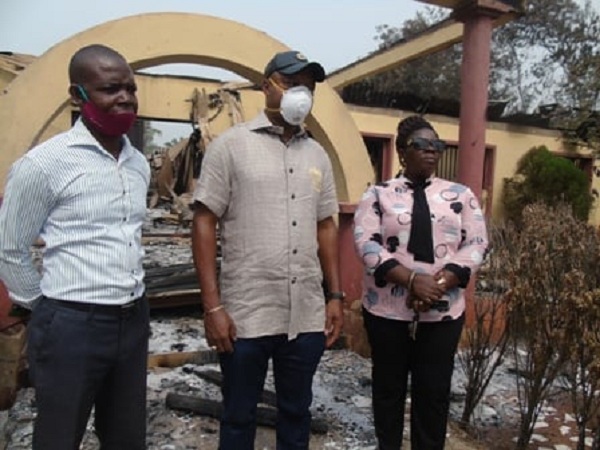 The lawmaker assured to brief the Governor, Senator Dr. Ifeanyi Okowa on the magnitude of damage in order to secure immediate response; while also promising to reach out to the Chief Judge with a view to temporarily relocating the staff of the Magistrate Court.

Already, the High Court had initially relocated to Onicha-Ugbo, to enable Government carry out renovation works on the High Court section just before this incident.

“I have come this morning for an inspection of Issele-uku High/Magistrate Court Building. The officials of the court have taken me round to see the extent of the damage.

“I can vividly say that from what I have seen, it was a colossal damage, the whole building was engulfed by fire and as at this time, we are yet to ascertain the cause of the fire outbreak.

“What has happened here is actually a big loss to Issele-Uku community, the People of Aniocha North and the Delta State Government. 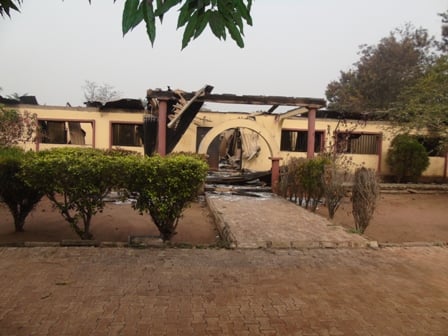 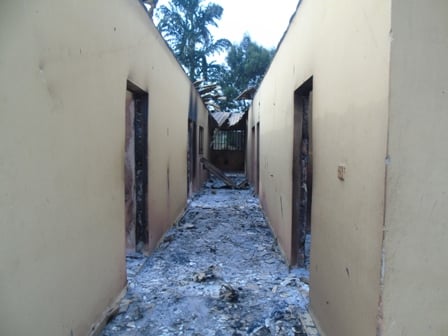 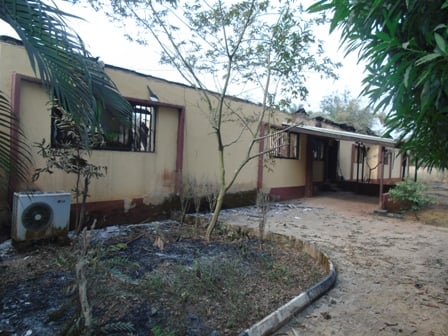 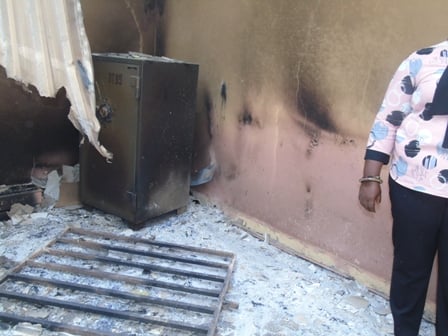 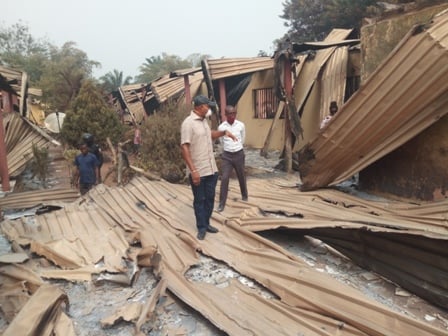 “We are going to take it stage by stage, first by reporting the situation to His Excellency the Governor and drawing the attention of the CJ to what has happened here, after that, we should be able to discuss the relocation of the officials of the State Judiciary.

“I am very sure that His Excellency, Senator Dr Ifeanyi Okowa’s Administration, being a very responsible and responsive government, in no distant time, will bring back the Courts to normal, ” Hon. Nwaobi assured.

Furthermore, it is obvious that the fire was not as a result of power surge because the complex does not use electricity neither is it suggestive of bush burning, Nwaobi however, warned against bush burning this period while advocating for the protection of Government facilities.

Meanwhile, some of the officials who pleaded anonymity, said some of them got calls at the weekend (Saturday) that the court building was on fire at about 6:19pm.

They confirmed that all their record books, case files and even safe were all burnt.