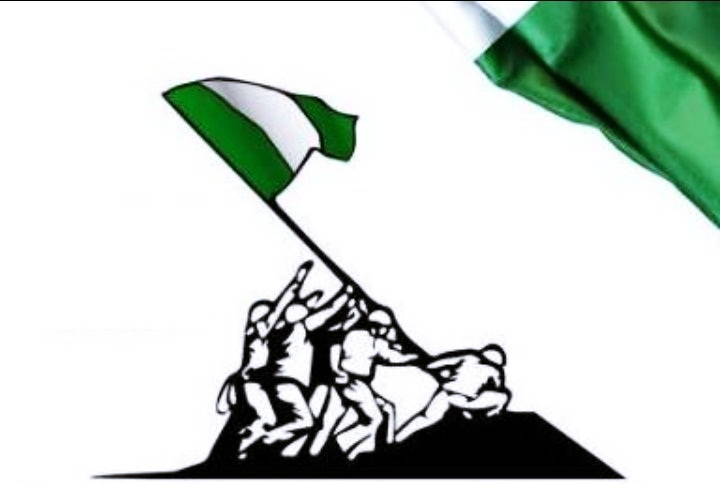 The Minority Caucus in the House of Representatives has charged Nigerians not to allow the hardship occasioned by the misrule of the All Progressives Congress (APC)-led administration to make them give up hope in Nigeria as their country.

The Caucus in a statement by the Minority Leader of the House of Representatives, Rt. Hon. Ndudi Elumelu on Friday, October 01, 2021, commended the commitment of Nigerians towards the task of nation building, despite daunting challenges.

The Federal lawmakers lamented that despite the fact that Nigeria remains a nation blessed with abundant natural and human resources with patriotic zeal, for the last six years, the citizens have been subjected to the worst form of inhuman treatment, in violation of the reasons for independence and democratic tenets

As the nation celebrates her 61st Independence Anniversary, the Minority Caucus in the House of Representatives, charges Nigerians not to allow the hardship occasioned by the misrule of the All Progressives Congress (APC)-led administration to make them give up hope in Nigeria as their country.

Nigeria is a nation blessed not only with abundant natural resources, but most importantly, patriotic citizens that have remained resilient and committed to task of nation building, despite the daunting challenges.

It is lamentable that in the last six years, our compatriots have been subjected to the worst forms of state-backed injustice, deprivation, suppression, abuse of rights, economic strangulation, electoral manipulations, violence and traumatizing bondage mentality; in violation of the essentials of independence, particularly in a democratic setting.

The 61st Independence Anniversary therefore presents to leaders at all levels, the opportunity to redirect the tide by giving greater commitment to issues of good governance, justice, equity, fairness as well as the overall development security and wellbeing of Nigerians in such a manner that reflects their aspirations as free citizens.

Our caucus commends Nigerians as true agents of nation building and urges them to use the occasion of this year’s independence anniversary to revamp the bond of unity, love and oneness of purpose for which we are known.

The caucus also salutes the gallantry of our troops, who are putting their lives on the line to safeguard our nation, and for which many of them have paid the supreme price.

On our part, the Minority Caucus remains resolute and unwavering in using all legislative instruments at our disposal in protecting and projecting the interest of Nigerians at all times.