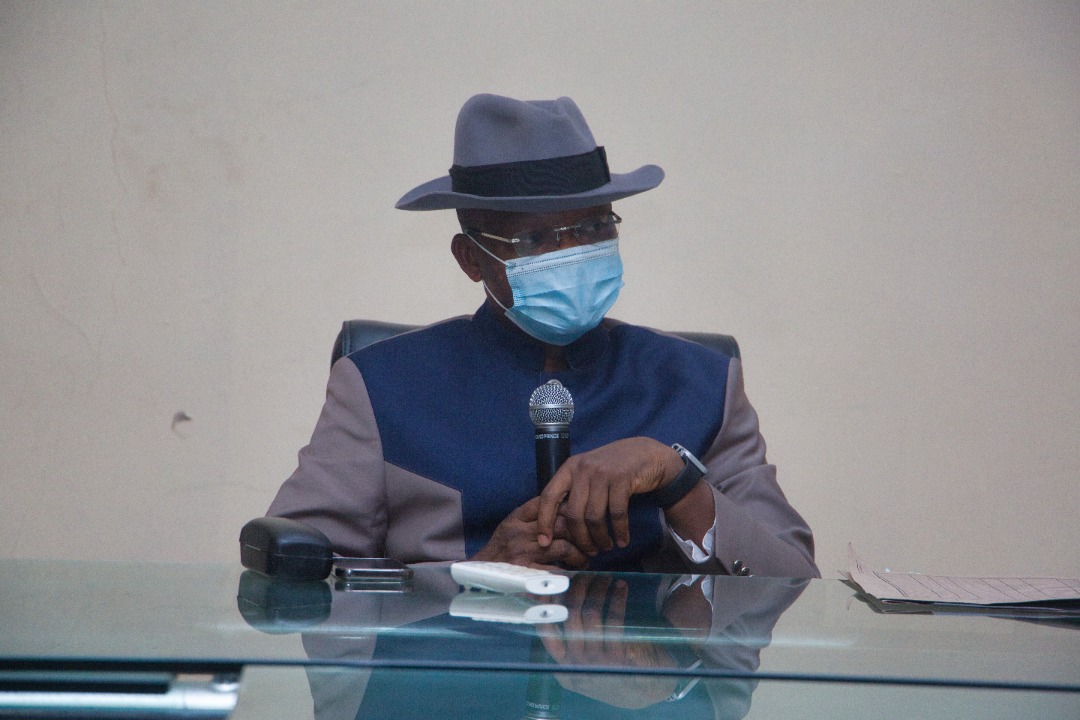 Aniagwu spoke on Wednesday, September 22, 2021 when he received on a courtesy call, the leadership of Delta Online Publishers Forum in his office, in Asaba, the Delta State capital.

The Commissioner restated his call for the shift from an oil-based economy to diversify into agriculture and human capacity building, even as he bemoaned the dislocation suffered by the Nigerian economy over the years, blaming it on the over-dependence on oil exploration and exploitation.

“Let me thank you for this noble cause of bringing intellectuals to wade in on issues of National importance and this time, yes, very important and germane to the development of our dear State as an oil producing State.

“The issue of oil exploration and exploitation has reduced agriculture and our economy. Any effort that will make us move beyond oil will be a welcome development. We have other crude such as human capital which if properly harnessed will broaden our economic base.

“And I do hope and look forward to a time when we will also walk the talk so that beyond the issue of the discourse of having to move  beyond oil, that we will move beyond oil, because we have got a whole lot of other crude; the human capital, the talents and indeed the Agriculture sector in the State. They are bigger than the Crude that we celebrate,” Anaigwu said.

He lauded the lineup of resource persons for the lecture, saying that the forum did sound research on its choice of members of the panel and those chosen were versatile enough as discussants, to do justice to the issues of Niger Delta and diversification from oil.

“Our former Governor, His Excellency, Dr. Emmanuel Uduaghan, is a man who discusses very eloquently on the need for us to move beyond oil to the extent that he launched a programme; Delta Beyond Oil, pursued it to the best of his abilities before we came into scene.

“We have continued from where he stopped to bring in a human capital approach for the fact that he started it. He saw the need for us to look beyond oil and so that makes him a very appropriate individual to deliver a lecture in this regard.

“The Man who is to Chair it, my very good and wonderful elder brother and the Minority Leader of the House of Representatives, Rt. Hon. Ndudi Elumelu, is also a man who has always believed in the survival of our State, the Niger Delta and Nigeria as a whole.

“He has done us  proud in the House of Representatives, not only as the Leader of the Minority in the House, but as a Man who has been giving account of our State, not just himself, as a worthy representative and indeed an intelligent one at that.

“So, you and members of your Committee, I want to attest, carried out a very wonderful research to put together these array of wonderful Niger Deltans,” the Commissioner affirmed.

The information commissioner also praised the members of DOPF for demonstrating professionalism in their job, unlike some others, whom he observed, were in the habit of mixing blackmail with journalism.

“Let me also appreciate members of DOPF for the professional approach you have brought to bear in the reportage of events in our State.

“I do know that many people try to mix blackmail with journalism thinking that it is either this or that way. But the fact that you have been able to distinguish journalism as it should be and you have also been able to conform your members to the tenets, for me, is not just a mean feat but very noble and that is why you deserve every commendation,” Aniagwu stated.

Earlier in his comments, the Chairman of DOPF, Mr Emmanuel Enebeli, had told the Commissioner that the visit was to intimate him on the Forum’s annual lecture event, billed for 19th – 21st October, 2021, with the theme: ‘Niger Delta Economy: Building a New Face for the Region’.

Others, according to the DOPF chairman, were the immediate past Provost of Federal College of Education Technical, Asaba, Dr Ignatius Ezoem; and environmental activist, Comrade Sheriff Mulade.

He further added that the Minority Leader of the House of Representatives and member representing Aniocha/Oshimili Federal Constituency at the National Assembly, Hon. Ndudi Elumelu, would be the chairman of the occasion.

Enebeli, who hinted that the three-day event would also feature a training session for its members and a tour of projects executed by the Delta State Government, confirmed that the Lecture event would climax on Thursday, 21 October, 2021, with presentation of awards to deserving Organizations and individuals,  including Governor Ifeanyi Okowa of Delta State, amongst others.