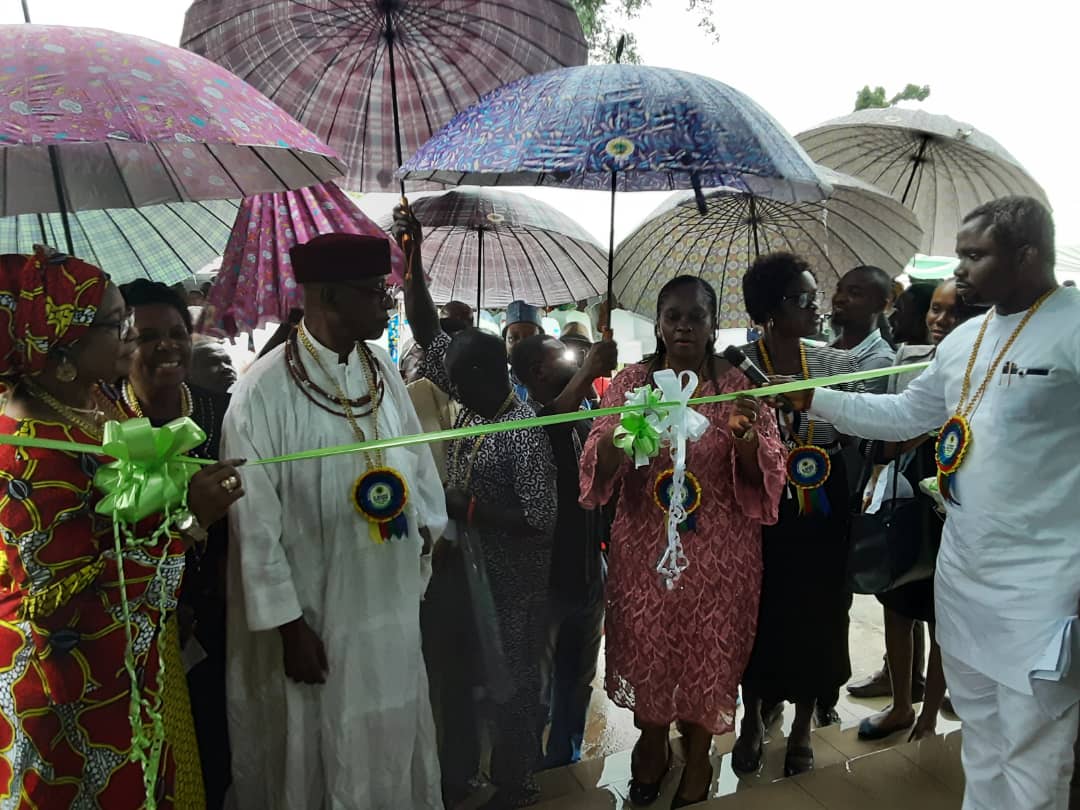 The Nigerian Gas Company (NGC) subsidiary of the Nigerian National Petroleum Corporation (NNPC) has promised to live up to it’s corporate social responsibility to host communities as the company officially commissioned and handed over a Civic Centre as well as a basic health centre to Oben and Evboesi Communities in Orhionwon Local Government Area of Edo State, Nigeria.

In an address, the Managing Director of the Nigeria Gas Company (NGC), Engr. Seyi Omotowa who was represented by the Director, Support Services, Mrs. Uche Ossai, said the Commissioning of the projects in the two communities, were the Company’s contribution to the development of the Communities which they cherished dearly as two of the peace- loving Communities.

Engr. Omotowa said that as a company, they shall continue to solicit for the communities cooperation and assistance in the maintenance of peace in order to support NGC’s business growth aspirations for the benefit of our people in these communities and Nigerians generally.

“Let me reiterate that NGC will always encourage and appreciate communities that promote peace, dialogue and understanding in the resolution of any issue. This indeed, is the hallmark of our community relations engagement process.”

“We would appreciate direct contact with NGC Management through our Public Affairs Department on any community issues and not through a third party. Problems are better solved where there is constant communication between entities with vested interest, for the mutual benefits of all.” 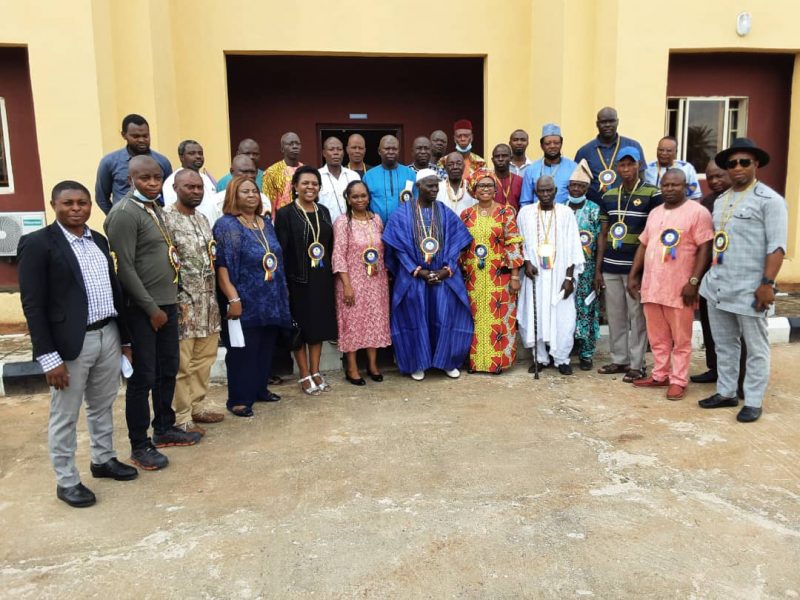 Management of NGC in a group photograph with members of Oben Community after the Commissioning aid handover of the civic Centre built by NGC for the community.

The Group General Manager (GGM), Group Public Affairs Division (GPAD) of NNPC, Dr. Kenny Obateru, who was represented by Mrs. Doris Ohia, Manager Community Relations (GPAD), congratulated Oben and Evboesi Communities as beneficiaries and for creating the enabling environment for the projects. He said the project will improve the social economic life of the people.

The Managing Director of Nigerian Gas Marketing Company (NGMC), Engr. Farouk Usman who was represented by Mrs. Chuddy Okocha, General Manager Commercial, also thanked the Communities for the opportunities to erect the projects in their land.

“Without your permission, they wouldn’t have been able to do this. Without you collaborating with us, there wouldn’t have been this project. I thank you for your supports. We ask that you continue to serve any other subsidiary of NNPC the same way you have served us and even better.”

In an address read by Mr. John Omokaro, Secretary of Oben Community Elders Council on behalf of the Enogie of Oben, His Royal Highness, Odonijie .F. Ogiewonyi, thanked NNPC and NGC’s Management for executing the Civic Centre in their land.

While assuring NGC that Oben Community will guide the Civic Centre jealously against vandalism and other unholy acts. he added that, “This project no doubt will help to attract our youths to relocate to the community for available jobs thereby reducing rural-urban drift.”

Omokaro also noted that Oben Community have experienced a lot of negative environmental impact resulting from gas flaring, gas emission and oil spillage since the inception of NGC’s operation in their domain and appealed to NGC to fashion ways of mitigating the impact of gas exploitation on their environment.

“Your company is presently executing a huge project that will compress gas which will be transported to all over the Country and as well exported to other West African Countries thereby generating huge revenue to the country with the community being peaceful without vandalization of the pipelines.”

Omokaro demanded on behalf of Oben Community that NGC create employ Oben graduates into the services of the Company, provide uninterrupted electricity supply (Gas turbine) to the Community, empower the youths and women with soft loans and grants as well as train the youths for skill acquisition.

In an address by the Enogie of Evboesi Community, His Royal Highness, Ogiefo Festus Iduozee JP, he appreciated NGC for providing the Basic Health Centre for his people and Community. The monarch pledged the Community’s continued cooperation with the NGC in it’s developmental projects.

The Permanent Secretary, Ministry of Environment & Sustainability, Edo State who was represented by a Assistant Chief Officer, Mr. Igo Igbinosa, appreciated the Enogies of Oben and Evboesi Communities for the peaceful disposition of their people which according to him allowed for the successful execution and operation of the company.

He also commended NGC for providing the Community with a Civic Centre, adding that the ministry would look at the impact of pollution and how to mitigate it as raised by the people of Oben Community.

The Chairman of Orhionwon Local Government Council who was represented by the Head of Administration, Mr. Frank Aikpitanyi also expressed happiness over the edifice (Health and Civic Centres) just as he urged the people of Evboesi and Oben Communities to guide the projects jealously so that children yet unborn can benefit and feel the impacts of the Company.

Nwaoboshi: The Egocentric Shenanigan Of An Ingrate – Delta PDP
Delta To Host Conference Of State Assembly Speakers In Asaba