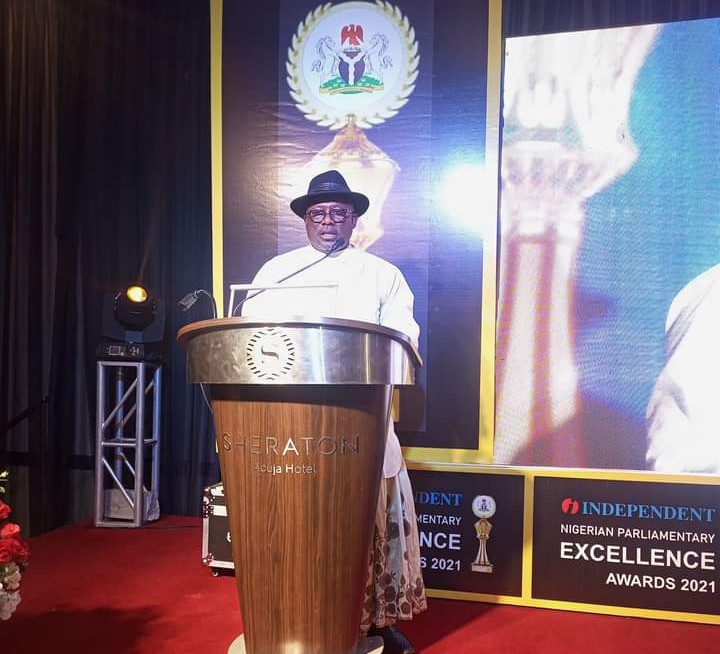 Ighrakpata who spoke to newsmen on the sidelines of the awards presentation in Abuja, said the sagacity, due diligence and purposeful leadership of Chief Sheriff Oborevwori earned him the recognition.

The Lawmaker who represents Uvwie State Constituency in the House, reiterated that the Speaker, Chief Sheriff Oborevwori has raised the bar of leadership and given the members sense of belonging.

Ighrakpata who is also the Chairman House Committee on Special Duties, said: “I am very happy and indeed grateful to God that these awards are being bestowed on our vibrant Speaker, Rt Hon Sheriff Oborevwori by a reputable newspaper, the Independent Newspaper at this time in the political history of our country.

“On behalf of my family and political associates, I wish to join millions of Deltans and Nigerians to congratulate and rejoice with our Speaker, Rt Hon Sheriff Oborevwori for these awards.

“As you can see, he is being given two awards at the same time by the Independent Newspaper. These awards are as a result of his astute leadership, transparency and accountability.

“Our Speaker, Rt Hon Sheriff Oborevwori runs all inclusive government, carrying every member of the House along and giving every one of us sense of belonging. The turnout of our members here is a clear testimony of his acceptability.

“Twenty five of us out of 29 members, excluding him are here to cheer him up. One of us had a domestic accident hence he could not make it here today and one other one missed his flight.So you can see the overwhelming support of members.

“I also want to thank God and the Independent Newspaper for honouring our Speaker with theses awards.”