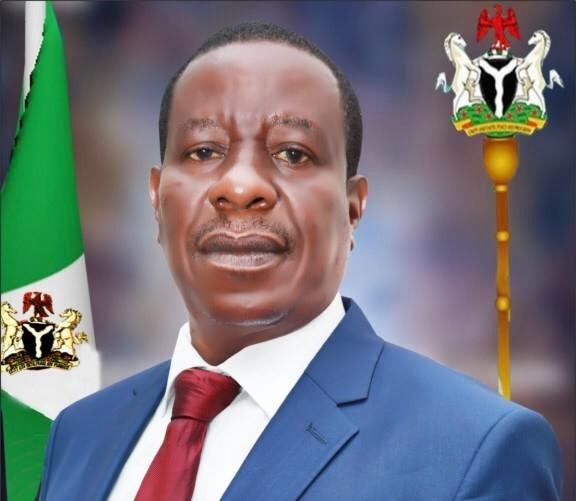 Addressing Assembly Correspondents in his office in Asaba, immediately after plenary, Hon Ighrakpata said the construction of an access road to ease vehicular traffic along DSC-NPA expressway was long over due and thanked Governor Ifeanyi Okowa for the bold step.

The Lawmaker who is the Deputy Chief Whip of the House and Chairman, House Committee on Special Duties, described the development as another smart move from a smart Governor.

He assured that the project, estimated to cost the state the sum of 2.8 billion naira and to be financed under the Alternative Project Funding Approach, will receive the maximum cooperation of relevant stakeholder in his constituency to ensure its early completion.

Hon Ighrakpata noted that the entire people of Uvwie are very happy over the development, even as he commended the State House of Assembly for speedily ratifying the approval of the State Executive Council to construct the access road.

The Lawmaker noted that the road when completed would not only ease movement of petroleum products in the locality but further open up the areas for socio economic activities and growth.

Hon Ighrakpata assured of continued support of his constituents to the development strides of the state government, maintaining that the Stronger Delta mantra of the present administration was achievable.

It would be recalled that Governor Ifeanyi Okowa had on Wednesday, February 12, sought the ratification of the Delta State House of Assembly for the construction of access road from Nigercat junction alone DSC-NPA expressway through Izakpo road to the new Tankers park, Ekpan in Uvwie local government area.

The Governor whose letter was read at plenary by the Speaker, Rt Hon Sheriff Oborevwori, said the move was informed by the desire to further consolidate on the development strides of his administration and enhance the quality of life in Warri, Uvwie and environs.

The motion to approve the request was moved by the Majority Leader, Tim Owhefere, seconded by Hon Solomon Ighrakpata and unanimously adopted.