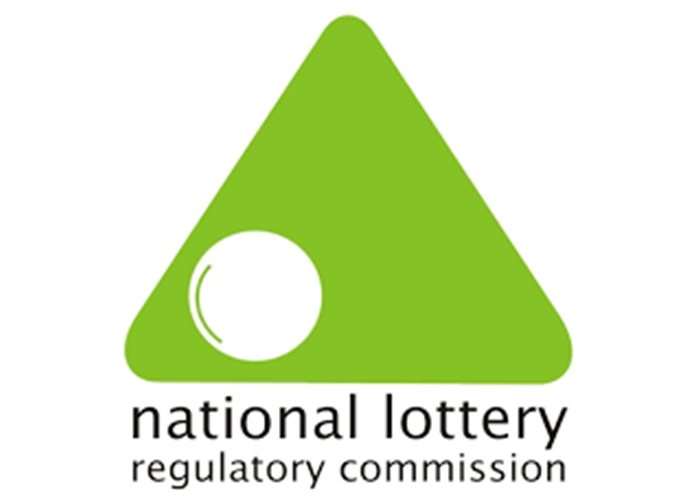 The Head of Service of the Federation, Dr. Folashade Yemi-Esan, in a move to deepen on-going reforms and the streamlining of operations at the National Lottery Regulatory Commission (NLRC), has instructed the Governing Board and Management to commence this week, a thorough audit of the Senior Staff of the Commission.

The Head of Service’s directive which was conveyed to the Chairman of the Governing Board of the NLRC in a memo signed by M. Mamman, Permanent Secretary (CMO) in the office of the Head of Service, is said to be sequel to the detailed findings by the Code of Conduct Bureau, the Independent Corrupt Practices and other Related Offences Commission (ICPC) as well as a Committee constituted by the Chairman of the Governing Board of the Commission, which glaringly indicated breaches in public service rules in the employment and placement of a number of very senior staff in the commission.

Interestingly these breaches by previous Management of the NLRC where first noticed and frowned at by the current Director General of the Commission, Mr. Lanre Gbajabiamila, who has been insisting that the breaches be rectified in order to instill discipline, efficiency and probity in the Commission.

It was gathered that Mr. Gbajabiamila on assumption of office at the National Lottery Regulatory Commission in 2018, inherited staff strength of over 1,500, nationwide. At the time, the Commission was barely generating paltry yearly revenue of N400 Million Naira, far lower than almost N8 Billion being generated by the Lagos State Lottery Commission, where Gbajabiamila headed for eight years, prior to his appointment as the DG of the NLRC.

Dr. Folashade Yemi-Esan, Head of Service of the Federation

Mr. Lanre Gbajabiamila, who has since raised the revenue profile of the NLRC, believes that the Commission could do way better if the place is freed from the shackles of the poor staff and organisational structure he inherited from previous management of the Commission.

However, the matters of two senior staff of the Commission; Mr. Robert Blessing Bolokor, Director (Human Resources) and Mr. Okechukwu Josiah Odunna, Director (Monitoring and Enforcement) caught the attention of both the Code of Bureau and the ICPC, following series of petitions indicating that both men were not qualified for, and have continued to abuse the position they currently occupy.

Following the findings and recommendations by both the Code of Conduct Bureau and the ICPC that the two senior officers – Mr. Robert Blessing Bolokor and Mr. Okechukwu Josiah Odunna be disciplined and possibly dismissed from the service of the National Lottery Regulatory Commission, the Head of Service of the Federation in a letter with reference number: HCSF/CMO/EMO/CPA/140/46, dated 2nd February, 2021, directed the Governing Board of the Commission to constitute a Committee which should include representatives of the Employee Mobility Department and Organisational Design and Development department – both being relevant arms in the Office of the Head of the Civil Service of the Federation.

The Committee was mandated to work with the following clear objective/mandate: “To review all allegations of infractions surrounding the employment, improper placement of the affected officers and submit the report of findings and recommendations to the Board Chairman for implementation”

Consequently, the Chairman of the Board of the Governing Council of NLRC constituted a four-man committee, headed by Chief (Mrs.) Yemisi Oni-Hassan, to carry out the investigation and forward their findings and recommendations.

After weeks of sitting and taking depositions from all parties concerned, especially from the duo of Mr. Robert Blessing Bolokor and Mr. Okechukwu Josiah Odunna, the Committee made the following recommendations: “that in view of the fact that Mr. Robert Blessing Bolokor did not fulfill one of the statutory conditions of eligibility for permanent and pensionable appointment by possessing the NYSC discharge or exemption/exclusion certificate, where applicable, as provided for in part II, Paragraph 1(ix) of the Guidelines for Appointments, promotions and Discipline (Revised August, 2004), issued by the Federal Civil Service Commission, his appointment should be revoked and the Board should summarily dismiss him forthwith,  in line with due process”

On Mr. Okechukwu Josiah Odunna, the Committee recommended that “the Governing Board should immediately commence administrative disciplinary proceedings against Mr. Okechukwu Josiah Odunna, in line with the provisions of PSR 030302 TO 030306, for suppression of records (by wittingly) refusing to disclose to the Board and Management of NLRC his indictment and subsequent disbarment by the Florida Bar, in with PSR030402 (b).”

The Committee further recommended that pending the conclusion by the ICPC, and in the consideration of his being declared a fugitive of justice, Mr. Okechukwu Josiah Odunna should forthwith be prohibited from carrying out his duties at the Commission. The Director General should therefore be directed to suspend him, in line with the provisions of PSR030406.”

Following the Committee’s recommendations and the directive of the Governing Board of the NLRC, the Director General of the Commission, Mr. Lanre Gbajbiamila proceeded to issue both Mr. Robert Blessing Bolokor and Mr. Okechukwu Josiah Odunna letters of suspension.

In fact, the Director General of the Commission, Lanre Gbajabiamila, has described the recent picketing of the headquarters of the commission located at the Jabi area of Abuja as illegality fighting back.

Some workers of the commission, under the aegis of the Association of Senior Civil Servants of Nigeria, had accused the management of maladministration and introducing unfriendly policies. The protesters blocked and prevented the management and staff from gaining entry into the building.

According to Mr. Gbajabiamila, the Commission only acted in compliance with the recommendation of the Independent Corrupt Practices and Other Related Offences Commission and the Code of Conduct Bureau based on the allegations against them.

He said, “The main reason for the picketing was as a result of the management implementing the directives of the commission’s Governing Board as obtained in public service. The board, after due consideration of recommendations of a committee set up by the Head of the Civil Service of the Federation to investigate the allegations against two directors of the commission, directed management to implement the prescribed sanctions in accordance with the Public Service Rules.

“I wish to state that the management of the commission was never involved in the process of investigation of the said directors. We only acted in compliance with the directives of the Governing Board. The picketing can therefore only be described as illegality fighting back by using a few highly ignorant and misled staff of the commission hiding under the guise of the staff union membership and paying touts who by the way are not staff of the commission to carry placards,” Mr. Gbajabiamila said.

Several sources at the Commission believe that the latest move by the Head of Service to carry out a holistic Senior Staff Audit at the Commission would all too certainly help the Director General, Mr. Gbajabimila, actualise his goal of repositioning the National Lottery Regulatory Commission for greater efficiency and profitability