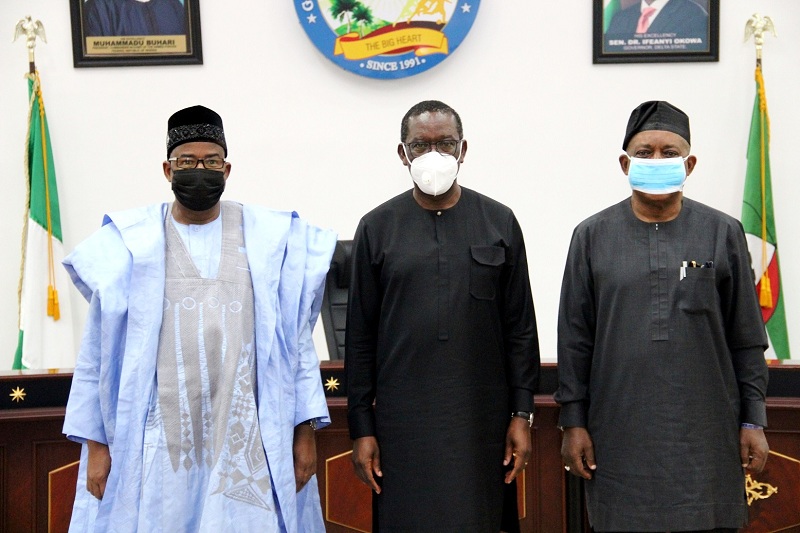 Mohammed stated this in Asaba, when he visited Governor Okowa to condole with him over Thursday’s demise of his father.

He urged Okowa not to allow the death of his father to dampen his spirit of continuous contribution to the growth and development of the nation’s polity.

Mohammed also expressed condolences to the governor and people of Delta on the passing away of the Majority Leader of the state’s House of Assembly, Mr Tim Owhefere, on January 28.

“We are here on behalf of my family and the people of Bauchi State to commiserate with you on the loss of your father and the leader of the state’s House of Assembly.

“We owe you a lot of gratitude because you have become the doyen of stability in our party, the Peoples Democratic Party (PDP) and the polity, and we are proud of the positive growth and development you have brought to bear in Delta.

“As a colleague in the Senate, we shared close affinity and I am proud of your contributions to the Senate.

“We share with you the grief of your late father but I will urge you not to grieve too much because Papa has left a good legacy and may God continue to give you the fortitude to bear this irreparable loss,” he stated.

National Chairman of PDP, Prince Uche Secondus, who was in Asaba with a delegation of the party’s National Working Committee to condole with Okowa, said the party appreciated the governor’s roles in stabilizing it and as such, must identify with him as he mourned his late father.

“On this occasion we are here with the leadership of the party to condole with you and the rest of the family on the demise of your father.

“We believe that at a time like this when you are in pain and in grief, we know what you are to us as a party and so we are here to share that moment with you,’’ he said.

He encouraged Okowa to be strong, and quoting from the Bible, told him that “weeping may endure for a night but joy cometh in the morning’’.

“We stand with you at this moment of grief and we pray that the power of God that is beyond every other power will touch you and members of your family in these trying times.

“We believe that you have governed well and represented your family very well and we are proud of you always,” Secondus added.

Responding, Okowa thanked Mohammed and Secondus and their delegations for the visit, saying that the solidarity shown to him and members of his family would continue to encourage them in going through their current pains.

“Since my father died, I have had so many visits and I am consoled that people have come to show us love in these trying times.

“I thank God that my father lived a full life to the glory of God. God has been too gracious to him and I am glad that he was a father to many people.

“As a school teacher, my father impacted so much discipline in us even when he entered politics. I didn’t like it but later I became convinced about entering politics.

“His guidance and wise counsel no doubt helped me to the height I have attained today politically and it is my prayer that God will continue to grant us the grace to go through the pains of his demise,” he said.