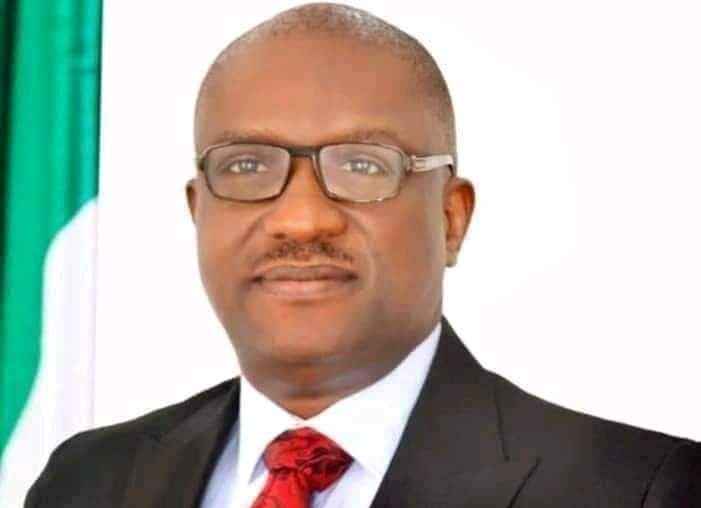 … Says His Return As  Member of State Executive Council Is A Welcome Development, Hails Governor Okowa.

The Ibe-Uyadonwei of Gbaramatu Kingdom, Chief Dennis Burutu Otuaro has felicitated with the immediate past Commissioner for oil and gas in Delta State, Prince Emmanuel Amgbaduba, over his reappointment as oil and gas Commissioner by the State Governor, Senator Dr Ifeanyi Okowa describing it as a welcome development.

In a press statement personally signed by him and made available to newsmen in Asaba, the Gbaramatu Chief said that he was not surprised that Prince Amgbaduba was reappointed as oil and gas Commissioner from the Ijaw nation by the Governor.

According to him, Prince  Amgbaduba responded brilliantly and intelligently to questions directed at him during his screening and confirmation by the Delta State House of Assembly on Tuesday, July 27th, 2021.

He said that; “I want to  congratulate one of our own from the Ijaw nation, Prince Emmanuel Amgbaduba, on his reappointment as Commissioner in Delta State  by the State Governor, Senator Dr Ifeanyi Okowa  and his successful screening, confirmation by the State House of Assembly and subsequent swearing-in as a commissioner by the Governor on Thursday, July 29th 2021 and his reappointment as oil and gas commissioner. Our hardworking commissioner is back to a familiar terrain”.

“As a Commissioner for oil and gas, he was able to bring peace among the various oil companies and their host communities and this helped in no small measure in increasing the revenue to the State. As a grassroot politician and a man of the people, Prince  Amgbaduba has been able to attract the needed development to our oil communities, his impacts are felt everywhere and I know that he will do more in the Ministry now that he has been returned to the same ministry,”  the Gbaramatu Chief said.

He added that ; “And I was not surprised that he has been reappointed by the State Governor, Senator Dr Ifeanyi Okowa as oil and gas Commissioner. Deltans have so much to benefit from Prince Amgbaduba as a Commissioner and they should continue to support him in order for him to continue to give his best to our dear state. We are very proud of him”.

The Ibe-Uyadonwei of Gbaramatu Kingdom commended Governor Okowa for finding Prince  Amgbaduba worthy for reappointment as oil and gas Commissioner and a member of the State Executive council.