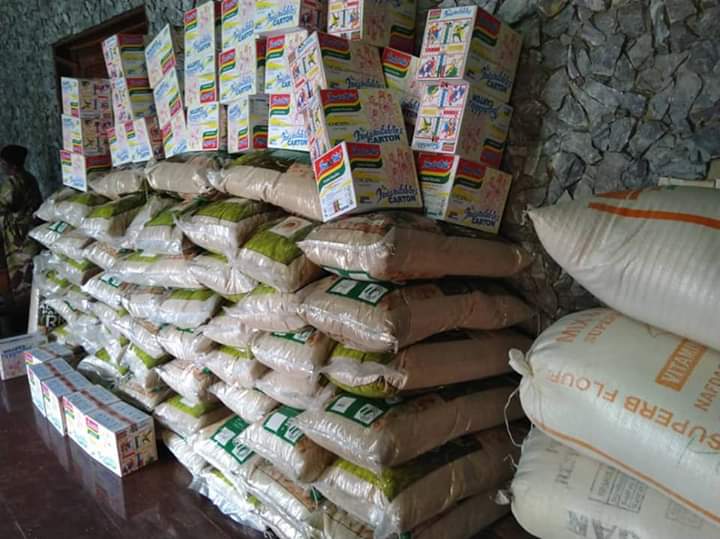 Oginibu community in Ughelli South Local Government Area of Delta State, erupted with joy on Saturday, April 11, when Chief Kenneth Gbagi, the foremost governorship aspirant of Delta 2023, presented food items to the aged, vulnerable and less privileged to cushion the hardship caused by the stay-at-home directive of the State Government.

Chief Gbagi, whose palliatives came through the Gbagi Foundation, noted that the gesture was his own way of complementing the state government’s fight against the spread of COVID-19 pandemic in the state.

The business mogul and criminologist, one of the founding fathers of PDP in the state, asserted that the lockdown which has made it impossible for people to go in search of their daily bread, was not to punish anyone but to protect Deltans against the deadly virus.

He urged residents to adhere strictly to the precautionary measures stipulated by the state government and commended Governor Ifeanyi Okowa for his proactive steps in preventing the spread of the disease in the state.

Responding, Hon Luckyson Oniyan, Councillor representing the ward, thanked Chief Gbagi for the gesture, describing him as an illustrious son of Oginibu, who has always contributed to the wellbeing of the people and the development of the community.

Dr. Broka, a top member of Gbagi Foundation, took time to enlighten the people on how to prevent and protect themselves against contracting the deadly COVID-19.

The beneficiaries, who were filled with jubilation as they sighted the heaps of food items, commended Gbagi for the generosity and rained prayers of good health, more success and prosperity on him.