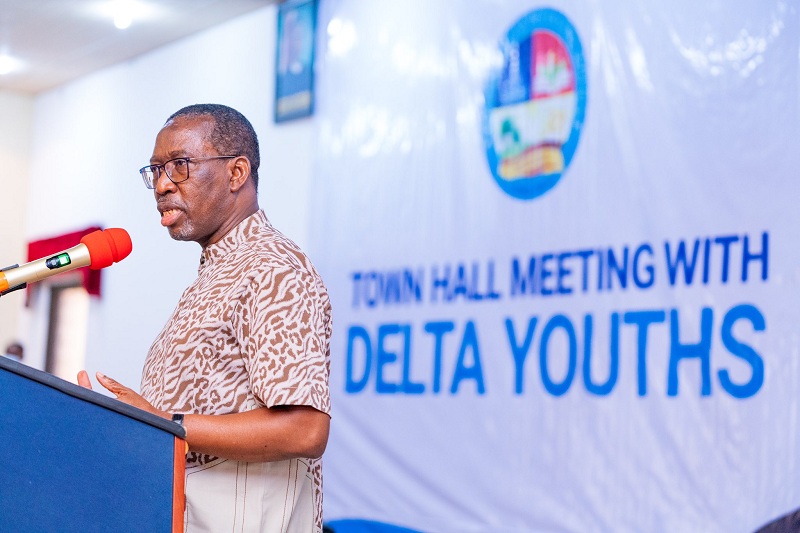 Delta State Governor, Senator Ifeanyi Okowa has advised youths to acquit themselves with the knowledge involved in handling affairs of politics before seeking elective positions.

Okowa told the youths that politics was about learning along the line and picking the good things seen in good politicians and throwing away the bad.

“You must truly begin to organise yourselves in truth with a common goal and focus and whoever you select must stand for the common good of others.

“We are building a new Nigeria with the youths and we must shun acts capable of reducing us when we leave office.

“We will continue to allow youths, including females, to be part of the governance process because in learning you are building yourself for the future.

“If you are a youth and you want to be active in politics you must respect your leaders and you must learn to pray a lot.

“I am encouraged to see many more youths go into politics and I hope it is for the right reasons. I know we have some youths representing their people but are they showing examples to others?

“The act of leading requires deep thought, sincerity and leadership quality because there is a difference between an orator and the person who is able to lead,” he said.

On agitation by the youths that Delta’s contribution to the daily oil production quantum of the country should be declared, the governor said that the state government had made representation to the Department of Petroleum Resources (DPR) for the information.

According to him, the state government has written to DPR but we are yet to receive a response from them.

He deplored the delay by DPR in providing the information, saying that such delay was part of the demands by #ENDSARS protesters in the state, because it is known that new discoveries of oil wells were made in the state recently.

“We have written to DPR to correct the abnormality; we have not heard from them, but we will intensify efforts towards ensuring that they review it because it is not right to continue to rely on the same oil production quantum.

“We have had lots of new discoveries and oil production in large quantities in several communities and these have not been factored in the state’s production quantum,” the governor said.

Earlier, Commissioner for Youths Development, Comrade Ifeanyi Egwunyenga, had in his welcome remarks, said “the more we increase the active participation and partnership with young people, the better they are served”.

He added that the town hall meeting was designed to establish a sense of communication between the government and the youths in realisation of the critical role they played in nation-building.

Participants at the meeting agreed that the ENDSARS protests were as a result of impunity of security operatives, particularly the extortion and brutality by the disbanded SARS and corruption at all tiers of government, resulting in hardship in the country.

The youths also called for the revamping of all farm settlements in the state to engage more youths in agriculture.