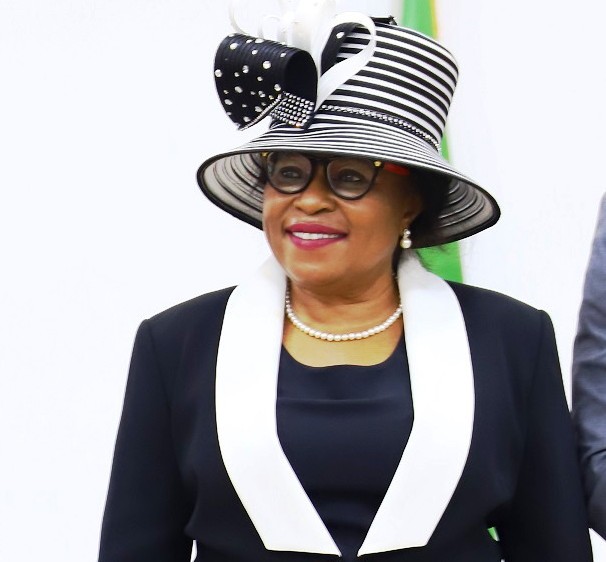 The Minority Leader of the House of Representatives, Hon. Ndudi Elumelu, has congratulated Justice Theresa Diai, on her swearing-in As the Acting Chief Judge of Delta State.

In a Statement, Elumelu expressed delight over her appointment and said it was a great thing of joy having Justice Diai as the head of the Judiciary in the State, considering her wealth of experience and her excellent track record as one of the most outstanding and distinguished Judicial officers in the land.

Hon Elumelu who represents Aniocha/Oshimili Federal Constituency in the House of Representatives, described Justice Diai as an illustrious daughter of Aniocha North Local Government area of Delta State, who has contributed immensely to the development of jurisprudence in Nigeria and brought huge credibility to the legal profession, both at the Bar and Bench.

The Minority Leader said Justice Diai’s elevation as the Acting Chief Judge of the State was a higher call for service to father land, and while adding that the people of Aniocha/Oshimili and Deltans in General are happy with her achievements at the Judiciary, assured that they will continue to uphold her in prayers.

The Federal Lawmaker called on Justice Diai to use the opportunity of her appointment to the exalted position, to ensure the sanctity of the independence of the judiciary, noting that with the deepening of constitutional democracy in Nigeria, the likes of Justice Diai are much needed to further enhance and consolidate the reputation of the Judiciary as the last hope of the common man.

“Let me on behalf of the People of Aniocha/Oshimili Federal Constituency and indeed Deltans, felicitate with Your Lordship on your well deserved appointment as the Acting Chief Judge of our Dear Delta State.

“You have contributed immensely to the legal system in Nigeria and with this elevation; it is another opportunity for you to do more for your Father Land.

“May the Good Lord Be with you as you discharge your duties, even as we anticipate your eventual confirmation as the substantive Chief Judge of Delta State with full confidence and unwavering conviction, the Minority Leader prayed.