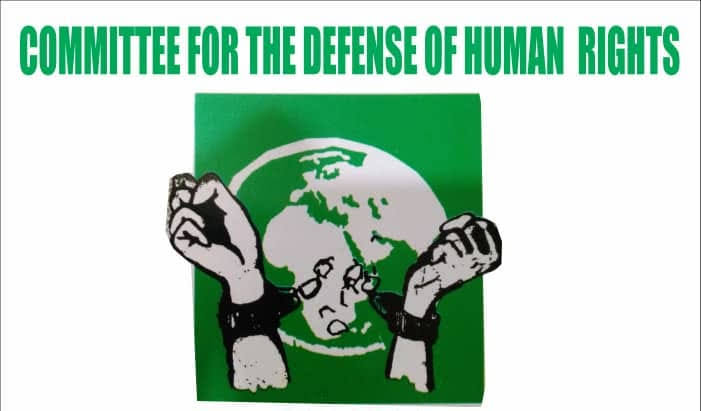 National president of the Committee for the Defense of Human Rights (CDHR), Prince Kehinde Taiga, has thumbed up for the National Assembly for upholding the electronic transmission of election results in the forthcoming 2023 general elections.

Prince Taiga commended the National Assembly members for making a u-turn after the initial crisis where there was division among members of the Senate over electronic transmission of election results.

The CDHR president, who was in acting capacity until he was elected president at the weekend, made the remark during the Annual General Conference (AGC) of the CDHR held in Asaba, Delta state capital.

Prince Taiga, in his address, called on President Muhammadu Buhari to speedily assent to the amendment made by the National Assembly, especially the electronic transmission of election results.

He said the speedy assent of the president will make it possible for the Independent National Electoral Commission (INEC) to use the November 6 Anambra election as a litmus test in preparation for the 2023 general elections.

The CDHR president bemoaned the insecurity crisis that is crumbling the economy of the nation. He said Nigeria being the most populous and largest economy in Africa is facing serious challenges that are threatening the corporate existence of the country.

He said the security situation has weakened the Nigerian economy, noting that the armed conflicts bedeviling the country have negatively affected food supply across the country.

Amidst distrust in government and institutions, he advocated for a paradigm shift to local security and providing good governance believing that community policing would be a way out since the Nigerian security apparatus seems to have been overwhelmed by the challenges in the nation.

The Guest lecturer, Dr. Michael Abam of the Department of Political science at the Western Delta University, Oghara, took the lecture titled “Combatting Insecurity Through Community Policing and Rule of Law.’

He said to solve the issue of insecurity, the Nigerian authorities must engage the youths, provide necessary environment for them to earn a living and avoid giving them derogatory names.

He said for the Nigeria Police to put in their best, they must be among those receiving highest pay in the country while the gap between the rich and the poor should be bridged.

The guest lecturer also attributed insecurity in the nation to bad leadership, saying Nigeria has all it takes to be a great country, but due to bad leadership the conditions that can make life good are not in the country.

Delta state commissioner of police, Ari Mohammed Ali, called on Nigerians not to fight the police, saying a good synergy is needed between the police and human rights community for greater success in the fight against rights violation.

Represented by CSP Fasupa Tope, the police commissioner said Nigerians should not beg the police when issues arise on the highway but rather insist on going with them to the police station when they are right.

At the Annual General Conference, Prince Taiga was elected as CDHR national president to pilot the affairs of the body for the next two years.

Taiga was elected alongside seven other National Executive Council members in Asaba at the group’s 32rd annual conference which had representatives and delegates from across the country.

All the National Executive Committee members were elected unopposed by state delegates present.

At the Annual General Conference, former Board of Trustee members were dissolved having concluded their tenure and a new one was constituted by the group.

Awards were presented to some deserving NEC members who were deemed to have served meritoriously in the just past administration.