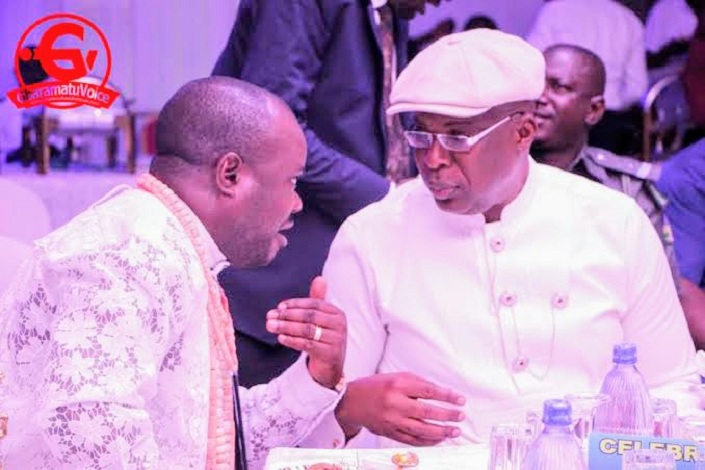 The Ibe-Uyadonwei of Gbaramatu Kingdom, Chief Dennis Burutu Otuaro has felicitated with the Minister of State for Petroleum Resources, His Excellency, Chief Timpre Marlin Sylva on his birthday.

In a Press Statement he personally signed and issued in Oporoza, Headquarters of Gbaramatu Kingdom, the Development Activist and Scholar, congratulated the Minister on his birthday, saying he has done very well since his appointment as a Minister.

While saying that the Minister has remained committed to the development of the oil-rich Niger Delta Region, Chief Dennis Otuaro, prayed God to continue to shower him with good health and strength to keep serving the nation.

The Development Activist and scholar said that the former Bayelsa State Governor has remained a source of inspiration to the younger generation.

“On behalf of my family and the good people of Niger Delta Region, I  heartily felicitate with my leader, the Honourable Minister of State for Petroleum Resources, His Excellency, Chief Timpre Marlin Sylva on his 56th birthday. He worked so hard while he was the governor of Bayelsa State, leaving enviable legacies behind and we are very proud of him as Minster of State for Petroleum Resources”, he said.