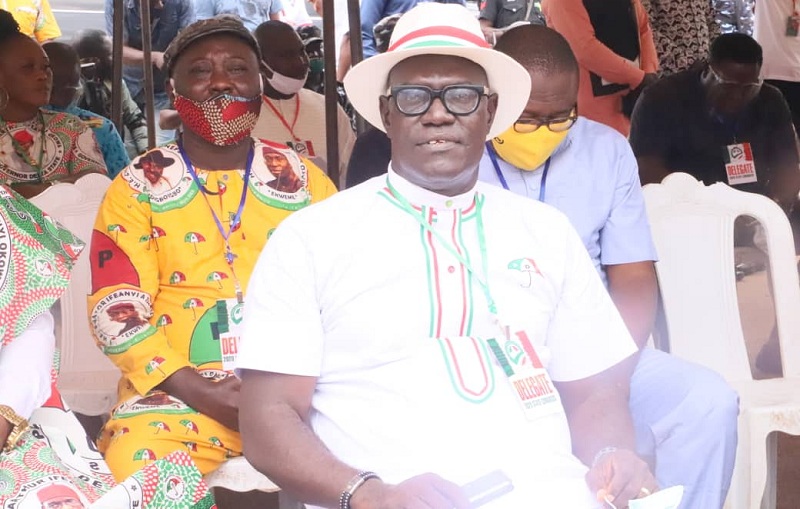 The Delta State Peoples Democratic Party, PDP Congress held on Saturday, August 8th, 2020, at the Cenotaph, Asaba was a convergence of the who-is-who in the party.

The presence of these personalities, together with their supporters no doubt added glamour to the Congress where stakeholders of the party had already reached a consensus that all existing officials should be returned unopposed following their immense contributions to the success and growth of the party in the last four years.

Chief Felix Anirah, the Member representing Sapele Constituency at the Delta State House of Assembly who spoke to newsmen described the Congress as peaceful, while noting that there was already a consensus before the Congress started and that it was only an affirmation. He however advised members of the executive to bring in their wealth of experience, while also urging party faithful to always stand by the party as all crisis within the party had been resolved.

Chief Eugene Inoaghan, Chairman Sapele local government area added that the victory of members of the party executive was completely the handiwork of God.

In his words; I thank God for a peaceful congress inspite of Covid 19. The party has been able to conduct its Congress while putting precautionary measures in place. I thank all PDP party faithful who turned out for the congress” he added.

Also speaking on the conduct of the Congress, the Special Project Director of Asaba International Airport, Honourable Austine Ayemidejor said that the Congress was very peaceful, owing to the consensus reached by members of the party.

He added that PDP is one big united family where members of the party speak with one voice as can be seen in the conduct of the Congress. He however urged members of the executive of the party to improve on what they started by bringing in their wealth of experience to bear by injecting fresh ideas into the party administration, while reaching out to every part of the State.

Chief Ejaife Omizu Odebala, Chairman, State Rural Water Supply and Sanitation commended members for conducting themselves in a peaceful manner and putting aside their grievances to ensure the progress of the party. He thanked all for the consensus reached to return all executive members of the party.

He described the Congress as a peaceful one devoid of rancour, while urging members to always work as a team for the peace and progress of the party, adding that things should always be done harmoniously by following the footsteps of Senator Dr Arthur Ifeanyi Okowa.

Chief Barr. John Obukowho Nani Executive Director of Finance and Administration, DESOPADEC, who spoke in the same vein commended members of the party for putting the interest of the party above self, which he said was responsible for the peaceful conduct of the party.

He advised members of the party to be United and focused, as that remains the most strategic way the party can wax stronger and strengthen its foothold in the state.

On his part, the Honourable Commissioner for Works, Chief James Augoye described the atmosphere of the Congress as calm. He however urged party faithful to always conduct themselves in a manner that will benefit the party so that the party can continue to grow stronger, while urging all loyalist to stand strong and continue to work harder for the unity and progress of the party to ensure that PDP is delivered come 2023.

Chief Barr. Kingsley Esiso in his acceptance speech thanked all the party leaders in Delta State, especially those from Delta Central Senatorial District for their unwavering support to ensure that he was re-elected as the Delta State Party Chairman of the People’s Democratic Party.