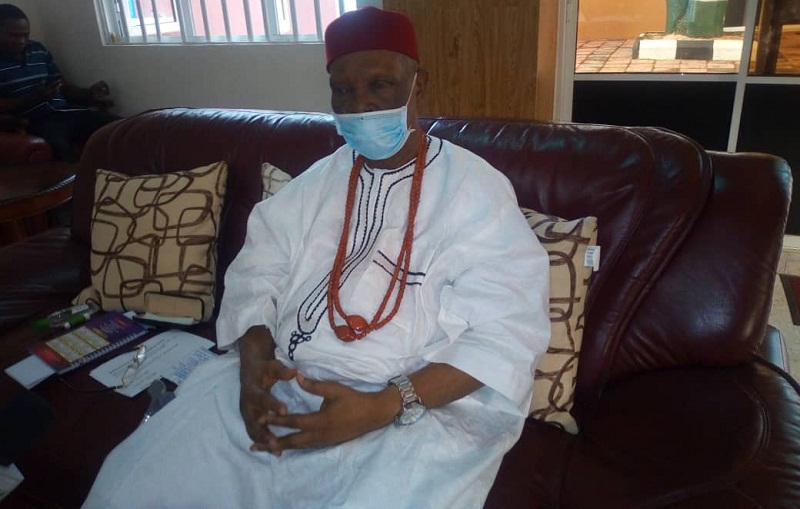 Traditional rulers in Delta have applauded Governor Ifeanyi Okowa for the initiative to set up the ‘Operation Delta Hawk’ security outfit for the purpose of community policing of the state, with a call on all security agencies and all persons of conscience to put up concerted effort to flush out the criminal herdsmen and their camps the bushes of Delta State.

Speaking at a media forum with journalists in the palace of His Royal Majesty, Dr. Emmanuel Efeizomor, Obi of Owa, who is also the Chairman, Delta State Council of Traditional Rulers, they expressed strong concern over the evil activities of criminal herdsmen that have seized the bushes of the state, killing, maiming, kidnapping and collecting ransom, raping the women and destroying farm produce with their cattle.

Obi Efeizomor with whom were the Obi of Onicha-Ugbo, Obi of Issele-Uku, Obi of Atuma, Obi of Idumuje-Unor, Obi of Umunede, and Obi of Akumazi said: “These people who have camps in the bush should be made to leave the bush where they have set up camps across the state. They should not be allowed to live in the bush from where they come to commit crimes. They should be chased out of the bushes where they camp and launch criminal attacks on the people.” 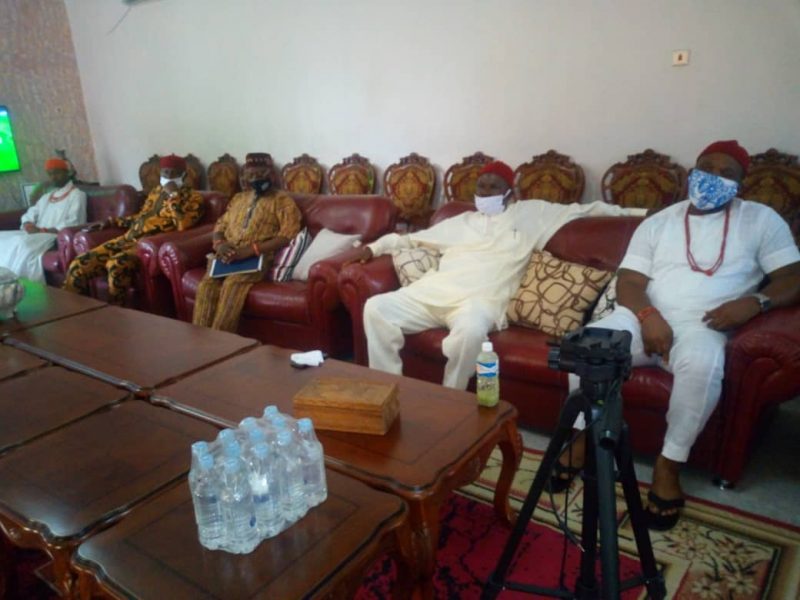 Delta Traditional Rulers at the Meeting

He debunked insinuations that some traditional rulers sell lands to the Fulani herders, saying that they will not join issues with the Police commissioner, Mr. Hafiz Inuwa who they commended for the great work he is doing to rid the state of crime and criminal elements.

“We know this and we commend and appreciate the CP for being one CP that we believe sees his job as a Deltan, and does his job as if it is a personal job. We thank him for what he is doing.

Commending Governor Okowa who he described as a gentleman and good spirited, Obi Efeizomor said security should be the concern of everybody.

“When you have people invade our bush, set up camps, rape our women, destroy crops in the farm lands, it is normal that it is not possible for only one person to keep security. That is why we are calling that those who set up camps in the bushes of Delta State; they don’t live with us in the town, they are not registered voters, they don’t partake in community development, they settle in the bush knowing that the communities don’t have guns to confront them, it means that all persons in the society must join hands to ensure that they leave,” he said.

He continued: “These herders break the law, kill the army, kill police, kill vigilante; they killed a traditional ruler, the Obi of Ubulu-Uku, but if it was the other way round the security agencies would have clamped on the people. But these herders carry out these evil acts uncontrolled. We are calling for a concerted effort that will rid the state of these criminal elements and the traditional rulers are ready to give our support.” 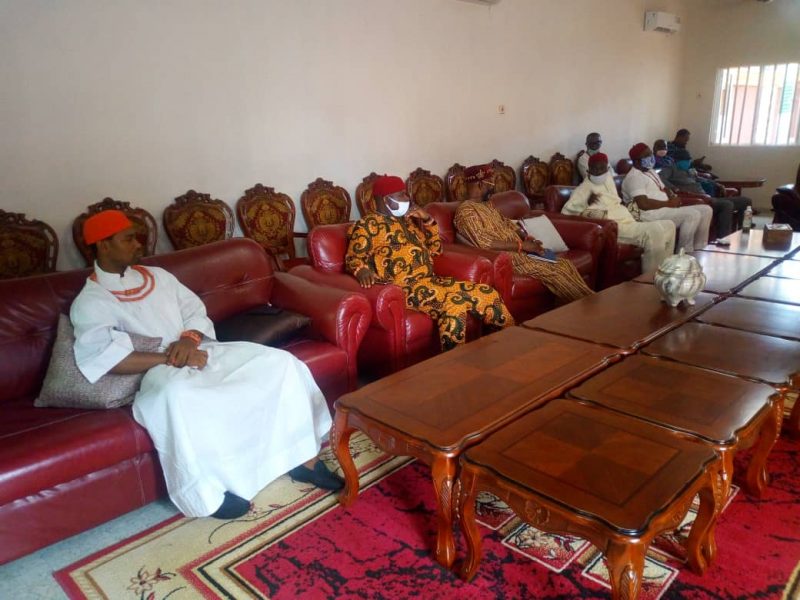 Delta Traditional Rulers at the Meeting

The monarch said it was not an issue for argument, but that the people committing crimes should be dealt with according to the law. There should be no sacred cows.

On behalf of Delta Traditional Rulers council, “We say that the initiative to set up an independent security outfit in Delta State, the exercise is long overdue. We thank the governor immensely for making this a reality. We the traditional rulers will give our support. We ask that the exercise should involve whistle blowing. We have been waiting for this community policing outfit for a long time,” Obi Efeizomor said.