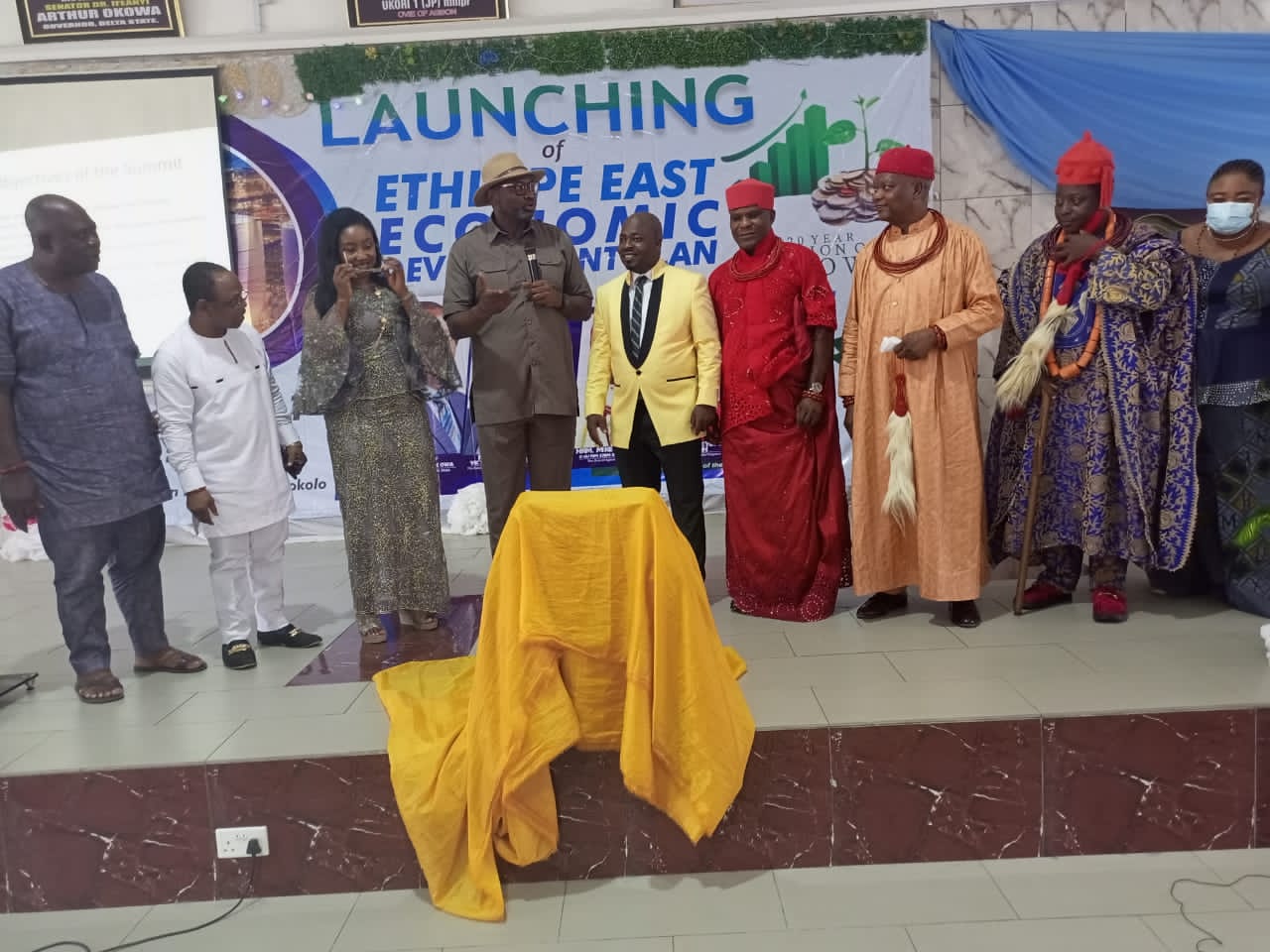 The Delta state government has said it is prepared to support and partner with any local government council in the state with the initiative of a viable economic development plans to transform its area.

The state governor, who was represented by his Chief Economic Adviser, Dr Kingsley Emu restated the Delta state government’s efforts in boosting the revenue base of the state, advised the Ethiope East council to aquire lands to boost agricultural produce by a way of improving the revenue of the council.

He enjoined the council to engage the services of various security agencies and local vigilante to sustain peace in the area in order to attract more investors to the area, pointing out that Okowa’s government has constructed over 789 roads and over 908 kilometers drain in order to support the movement of farm produce across the state.

The Chairman, Ethiope East local government, Hon Victor Ofobrukueta speaking at the summit said the idea of the economic development plan was put together because of the over dependence on the federation account by local government for survival.

He added that the summit is to redirect the minds of the people of the area not to rely only on government for every of their needs, stating that the project will be a continuous process and urged all stakeholders to adopt it for the purpose of continuity and sustainability from one transition to another.

Speaking further, Ofobrukueta said, “I decided to take this part because I have under studied my local government for the past six years from supervisor for Health to leader of Ethiope East legislative arm and within this time frame were oil price slash drastically and local government salaries were owed for several months.

“It is my amiable Governor Ifeanyi Okowa that was augmenting what was coming from the federation account so that we would be able to pay wages of our staff because we didn’t even have the financial capacity to pay wage bill of our staff which include primary school teachers and council staff.

Chairman Economic Summit Committee, Chief Emmanuel Avworo said, “We invited politicians and non politicians, presidents general of all the communities and they have adopted all these plans today, that if this local government chairman finishes his tenure, another one coming will take it up and if he doesn’t, he will answer to the people that supported this economic plan today, hence it is not political.

Speaking on behalf of Stakeholders representing those in diaspora, Chief (Dr) Irene Akpofure described the initiative of the Council Chairman as amazing, lamenting that this initiative should have been put in place a very long time ago. noting that with security guarantee, investors shall trip in to Ethiope East to bountifully invest in the area.