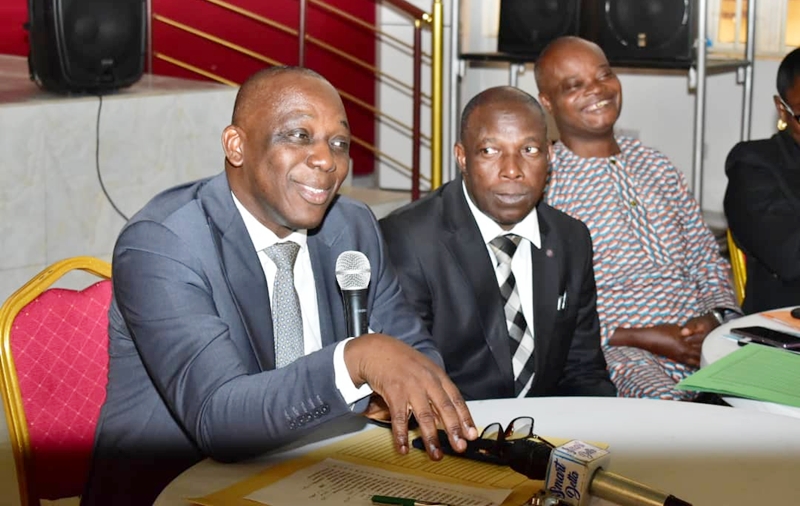 The newly recruited Lawyers in the Delta State Ministry of Justice by the State Government in the last recruitment exercise, have been told to be professional in their conduct and shun any act inimical to the rules of the civil service and that of the legal profession.

The Attorney-General and Commissioner for Justice, Mr. Peter Mrakpor gave the advice on Friday, January 31, in Asaba during an induction and orientation programme organized by the Ministry for the newly recruited Senior State Counsel.

Mr. Peter Mrakpor who enjoined the officers to brace up for the task ahead, urged them to be good ambassadors of the Ministry by displaying high level of exemplary conduct of hard work and excellence service delivery, stating that they owe the Delta State Government a duty to put in their best in the performance of their assigned responsibilities.

While saying that the Ministry under his watch abhors laxity and poor attitude to work, the Justice Commissioner warned the Officers against lobbying to be posted to Departments and Zones of their choice, stressing that Delta State was one constituency and as such, should accept posting to any department or zones where their services would be required.

The Attorney-General also harped on imbibing good work ethics for the advancement of their career in the service, even as he emphasized the need to respect due diligence and avoid external influences especially in cases that would be assigned to them to handle.

The functioning Solicitor-General/Permanent Secretary of the Ministry, Mr. Daniel Momah in his remarks, while congratulating the 28 lawyers that have reported so far on their appointments, gave an over-view of the organizational structure of the Ministry and its operations and charged the newly recruited lawyers to be up and doing in their conduct as well as in their appearances.

The various Heads of Departments also gave an insight on the functions of their Departments and expressed their preparedness to give the officers all the support and encouragement they need to perform their duties optimally even as they were lectured on the need to observe official communication protocol in the movement of files as well as the importance of filling their Confidential Report Form which would be done every six months before their confirmation and Annual Performance Evaluation Report after their confirmation as a perquisite for promotion.