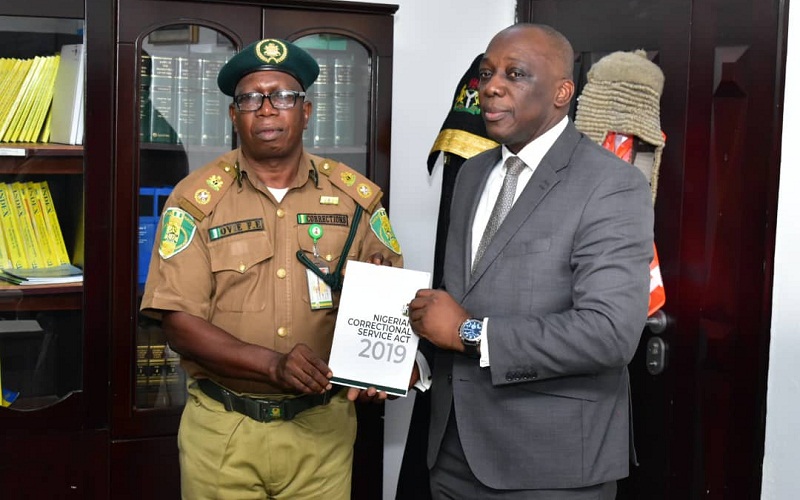 The State Attorney-General and Commissioner for Justice, Mr. Peter Mrakpor has described the domestication of the Administration of the Criminal Justice Law by the Delta State Government as an effective and impactful legislation that has reshaped the administration of criminal justice system in the State.

The Attorney-General made the assertion while receiving the New Controller of Corrections, Nigerian Correctional Service, Delta State Command, Mr. Ovie Esezobor who was in the Attorney’s office on a courtesy visit on Thursday, March 5, 2020 in Asaba.

Mr. Peter Mrakpor who averred that the impact of the Administration of Criminal Justice Law was being felt positively especially in the decongestion of custodian facilities across the State, expressed delight at the progress been made by the Nigerian Correctional Service even though he conceded that there was much work that still requires to be done in reforming the system.

He maintained that the Ministry of Justice under his watch has introduced several other innovations including criminal file reviews and audits in ensuring that inmates were not remanded in prison custody unjustly and advocated for a comprehensive rehabilitation training programme for inmates in order to eliminate recycling of inmates back to prison after they have regained their freedom.

The Justice Commissioner while expressing the goal of the law that envisaged concluding all criminal trials between four to six months, expressed regret that the Correctional Service was operating under very challenging conditions. 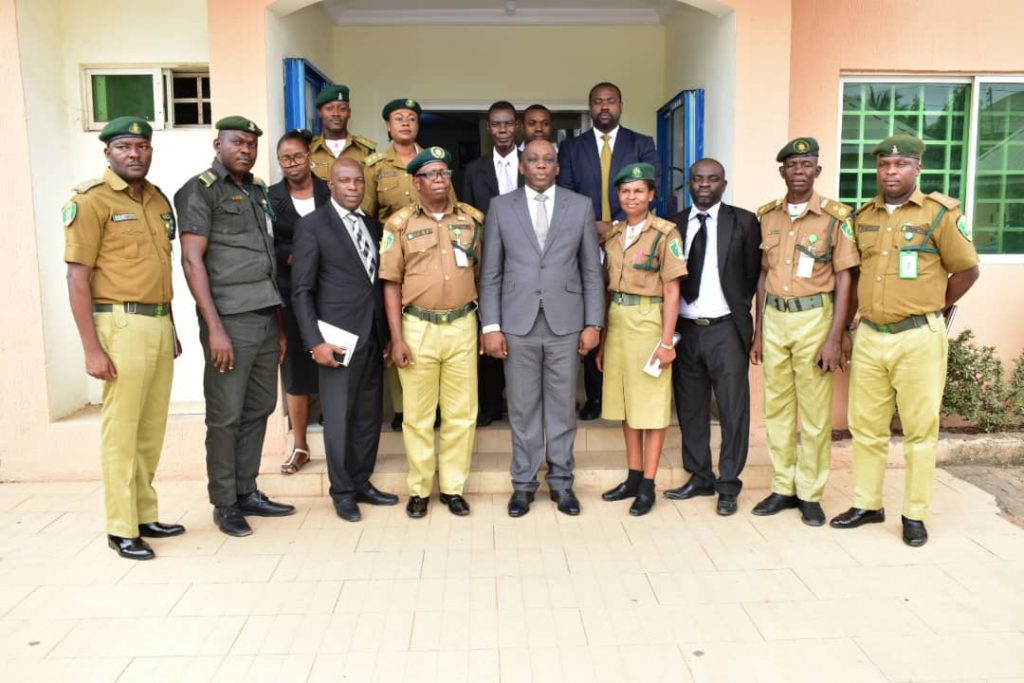 Earlier, the new Controller of the Correctional Service, Delta State Command, Mr. Ovie Esezobor told the Delta A-G that he was in his office on a familiarization visit and to present to the Justice Commissioner, a copy of the Nigerian Correctional Service Act 2019 that changed the nomenclature from the erstwhile Nigerian Prison Service.

Mr. Esezobor who was deployed to the State on 13th December, 2019 commended the Attorney-General for his good work and support for the Correctional Service in repairing their broken down vehicles.

However, the Controller of Corrections made an appeal for continued support for provision and repairs of vehicles to enable them convey inmates to court for reproduction to face trial.

While assuring the Delta State Government and other stakeholders of their determination to carry out their constitutional responsibility of reformation, rehabilitation and reintegration, Mr. Esezobor commended the Ministry of Justice and the Judiciary for their commitment in the quick dispensation of Justice in the State which has reduced drastically the issues of delay in Justice delivery.