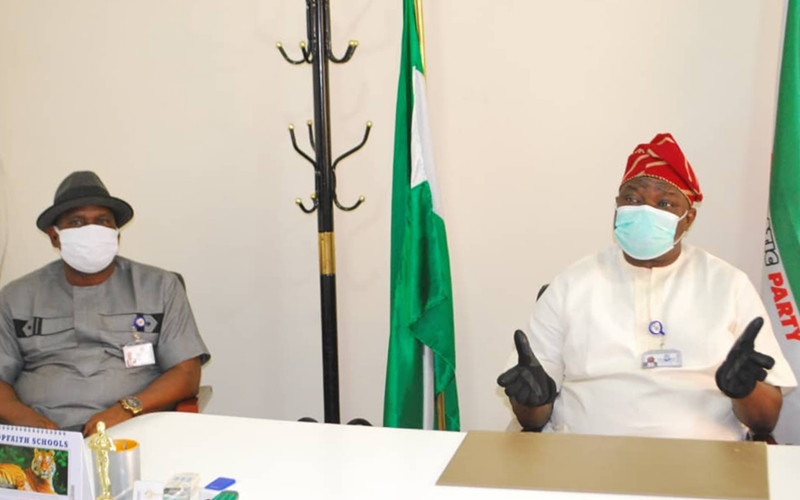 The Delta State House of Assembly has restated its commitment to enactment of laws that would stand the test of time.

The Majority Leader and Chairman, House Committee on Information, Hon Tim Owhefere gave the assurance while briefing Assembly Correspondents on the significance of the State Revenue and the 2020 Appropriation Amendment Bills recently passed by the House, to the good governance of the state.

The Lawmaker stated that the internal revenue bill was put in place in line with global best practices, saying that all it seeks was to create effective system of taxation in the state and energized the system for optimal performance.

Hon Owhefere noted that there were defects in the functional revenue law, enacted in 2009, pointing out that the proposed new law has created an Internal Revenue Services, IRS, aimed at enhancing the process of tax and other revenue collection in the state.

The Majority Leader and Chairman House Committee on Information, disclosed that the rates and charges are the same, noting that the problem has been the process of collection which the new law seeks to cure.

Hon Owhefere maintained that the bill went through the lawmaking process, including first and second readings, before being committed to a joint committee of the house for scrutiny and other legislative actions.

He said during the joint committee meetings, members interfaced with some revenue experts and other relevant stakeholders, including ministries and agencies of government, saying that their suggestions and submissions formed part of the recommendations of the committee.

Hon Owhefere said beside the fact that the revenue bill was not completely new, the challenges of Covid-19 pandemic could not have allowed for public hearing, emphasizing however that not every bill that comes to the house passes through public hearings.

On the Appropriation law Amendment Bill, Hon Owhefere said the Executive has to plan for key areas that would keep the state alive and running, especially recurrent expenditures which cater for salaries and welfare of the people.

He said nobody is praying that the Covid-19 pandemic will stay for ever, saying that the process of law making is continuous and that there could be a supplementary budget when the revenue of the state increases.

The Majority Leader explained that the price of crude oil has collapsed beyond recognition, stressing that what the Executive did was to downsize to be able to navigate through the hard times brought about by the Corona virus threats.

In his contribution, the Deputy Majority Leader, Hon Oboro Preyor said the amended budget was in line with the economic realities on ground.

Hon Preyor maintained that the state has to realign and readjust the budget for the purposes of meeting up the challenges of good governance.

The Lawmaker expressed optimism that the new proposed State Revenue Law will reduce to the barest minimum tax invasion and avoidance in the state as funds were needed to fund the amended 2020 budget.

it will be recalled that the Delta State House of Assembly Wednesday, May 13, 2020 took the third reading and passed the two money bills.