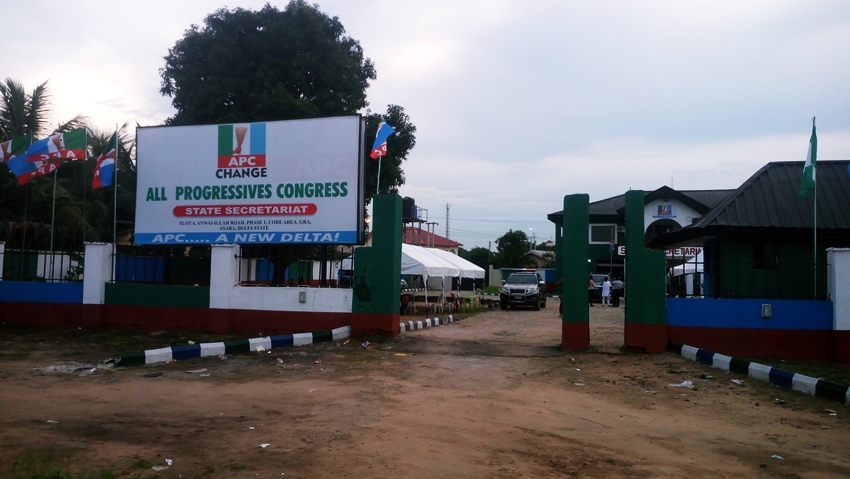 Delta APC stakeholders have called for a postponement of ward congress election in Delta State to allow thousands of aspirants who have paid for forms collect and return same.

There was also confusion at the party’s secretariat, Thursday, as hundreds of angry aspirants across the State who besieged the Delta State Secretariat in Asaba with bank tellers, left empty handed after their request for forms were turned down.

Many aspirants expressed frustration over their inability to collect forms and submit collected forms to the committee sent to organise the sale of form.

However, the three man committee escaped being lynched by aggrieved aspirants, but for the intervention of some party members.

He said upon his team’s arrival at Asaba from Abuja, he was met by an aide to State Chairman, Nick Ovuakporie who requested that the materials be given to him for safe keeping.

He said his team was threatened by one Lucky Ajos after he refused their request to take possession of ward congress materials.

He said the leader of the police escort team from Abuja ordered them to remove their belongings from the vehicle at gunpoint and zoomed off with the materials.

He said he was later informed that only three bags of the six bags containing the materials for the election, were dumped at the party’s secretariat late that night.

He said as at today 29th July, ” thousands of tellers were presented to me and there were no forms to issue out.

Continuing, ” in the cause of explaining, violence erupted, but for the intervention of the State Deputy Chair, Organising Secretary and other party members, we would been lynched”

The APC ward congresses is billed to commence on the 31, July nationwide.