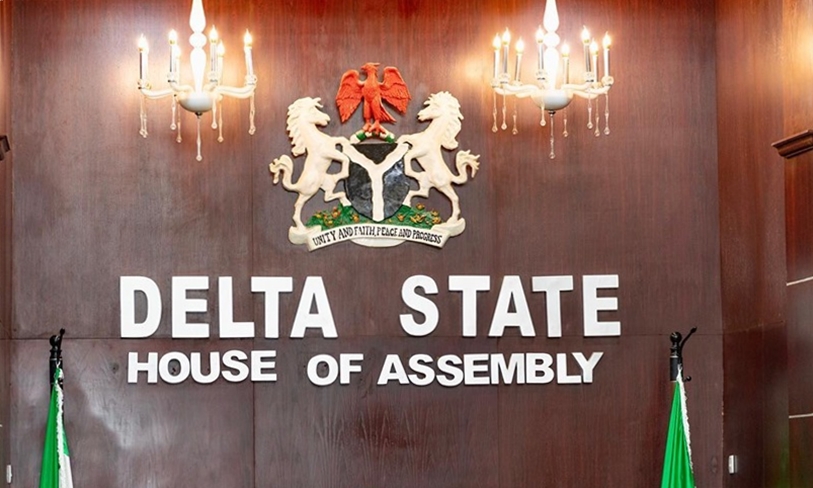 The Delta State House of Assembly has adjourned indefinitely a public hearing on a bill to amend the State Traditional Rulers Council and Chief law of the state.

The indefinite adjournment followed a Court injunction stopping further deliberation on the amendment bill pending determination of a motion on notice on the matter of which the Delta State House of Assembly have been served.

The Chairman and members of the House Committee on Local Government and Chieftaincy Affairs had seated to commenced public hearing on the bill before one of the participants raised point of order and informed the legislators that there was Court injunction restraining the house for further deliberation on the bill.

A copy of it was handed over to the Committee Chairman, Hon Felix Anirah, who after due consultations, directed that the public hearing be suspended and adjourned indefinitely in respect to the court order.

Hon Anirah who represents Sapele Constituency in the House, explained that the Delta State House of Assembly is a Law making institution and can not do otherwise but to respect the detects of the law.

He however sued for peace among those for or against the conferring the status of clanship on Beneku, in Ndokwa East local government area, of which the amendment bill seeks to provide.

Flanked by other members of the Committee including the Deputy Chairman, Hon Ferguson Onwo, the Lawmaker emphasized that his Committee will always be guided by the law.

A copy of the court order made available to newsmen indicated that a State High Court sitting in Ozoro, has granted an order restraining the State Government from conferring the status of clan-ship on Beneku, in Ndokwa East local government area, pending the determination of the motion on notice.

The claimants in the Enrollment of Order, argued that Beneku is part of Umusadege-Ogbe community, Utagba-Ogbe kingdom in Ndokwa West Local Government Area of the state.

They also sought an order restraining the Delta State House of Assembly from debating or processing the Executive Bill sent to it by the State Governor seeking to confer clanship status and installing a king at Beneku.

The Umusadege-Ogbe Community, Ndokwa East Local Government Area had also staged a peaceful protest to the state House of Assembly against the Delta State Traditional Rulers Council and Chiefs law amendment bill currently before the House.

The Speaker, Rt Hon Sheriff Oborevwori who addressed the people urged them to remain peaceful and allow for due process.

The Bill which had passed second reading on the floor of the House makes provision to include Beneku Community as a clan and to establish a throne for a king which would be known as the Idem of Beneku Kingdom.

The amendment bill is presently before the House Committee on Local Government and Chieftaincy Affairs for further legislative actions.