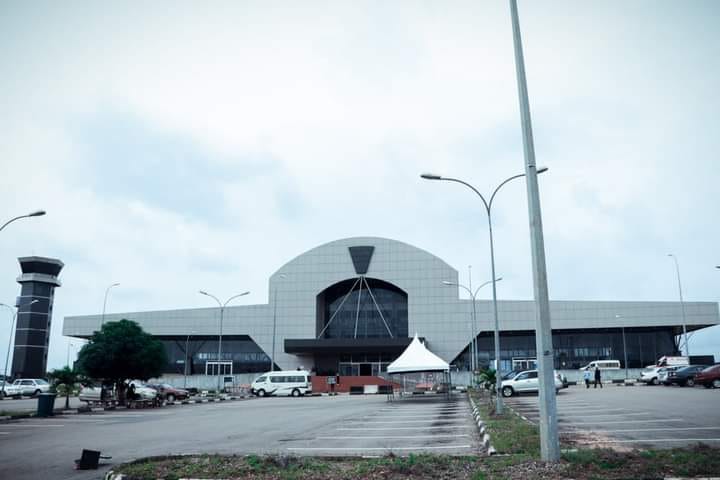 The Deputy Chief Whip and Member Representing Uvwie Constituency in the Delta Assembly has described government decision to concession the Asaba International Airport as a welcome development.

Speaking with newsmen immediately after Tuesday’s plenary in his office in Asaba, Hon Ighrakpata said concessioning of the Airport will boost the socioeconomic fortune of the state.

The Lawmaker stated that as an expert in financial development, he clearly understands the gains of the government drive on the Asaba Airport and commended Governor Ifeanyi Okowa for his commitment towards the diversification of the Delta State economy from over dependence in oil revenue.

Hon Ighrakpata, a former member of Delta State Board of Internal Revenue, also commended the speed at which the state legislature deliberated on the request for approval to concession the Airport as forwarded to it by the governor.

While acknowledging the sound synergy between the legislative and executive arms of government in the state, the Deputy Chief Whip assured that matters of growth and development of the state will always receive the blessings of the Delta State House of Assembly.

Hon Ighrakpata explained that involving the private sector in the redevelopment and upgrade of existing facilities in the Airport to meet international standard as well as attract foreign commercial and cargoes airline operators, was a step in the right direction.

The Uvwie Legislator expressed optimism that the concessioning exercise will accelerate investments in new infrastructure at the airport as well as upgrade the existing ones as encapsulated in the Governor’s message to the House.

He expressed hope that the best would be achieved for Deltans.

Hon Ighrakpata however stressed the need for government intervention on the Osubi Airport to make it operational, maintaining that the Osubi Airport was strategic to the socioeconomic development of the state.

The Lawmaker who appealed to the governor to prevail on the management and operators of the Osubi Airport to commence operations in the airport as well as upgrade facilities in the airport.

He stressed that several stakeholders had expressed concern over the current status of the Osubi Airport.

“I want to use this opportunity to appeal that the state government under the pragmatic leadership of His Excellency, Senator Dr Ifeanyi Okowa, intervene on the Osubi Airport for the operators to commence operations. Government needs the Osubi Airport to further grow the economy of the state. The management and operators of the airport must be pushed to leave up to expectations. Osubi Airport needs reopening and massive upgrade“, Ighrakpata stated.