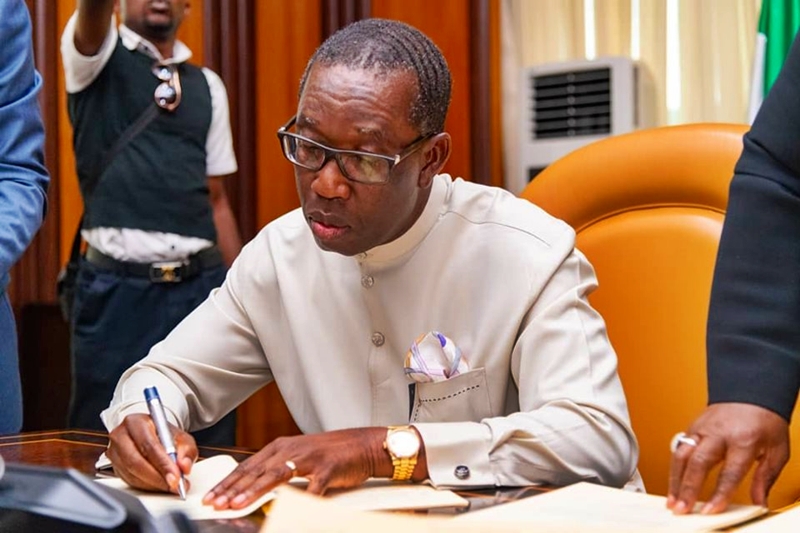 Delta Governor, Senator Dr. Ifeanyi Okowa has been commended for the appointment of Mrs. Joy Enwa as the new Accountant-General of Delta State.

The commendation was made by a former Attorney-General and Commissioner for Justice in the State, Mr. Charles Ajuyah, SAN, who commended the Governor for his choice of Mrs. Joy Enwa as the new Delta State Accountant-General.

“I have no doubt whatsoever that Mrs. Joy Enwa will adequately fill the vacuum of the immediate past Accountant-General, Mr. Cyril Agbele who put in his best to serve the State” Mr. Charles Ajuyah said.

While congratulating Mrs. Joy Enwa on her elevation, who was until her appointment was the Director of Accounts in the Accountant General’s Office, Mr. Ajuyah affirmed that her potential worth to the Government of Delta State was enormous.

Mr. Charles Ajuyah also congratulated the immediate past Accountant-General, Mr. Cyril Agbele who recently retired  from the State Civil Service, for his meritorious service to the State and wished him well in his future endeavours.

Mrs Enwa, was until her appointment, the Director of Treasury Department in the Office of the Accountant-General.