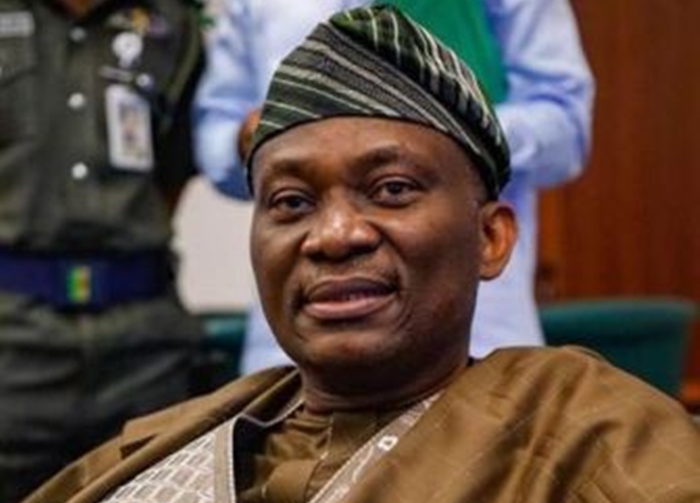 Minority Leader of the House of Representatives, Rt. Hon. Ndudi Elumelu, has said that returning the Peoples Democratic Party, PDP, to power in 2023, remains the best hope for Nigerians to enjoy a life of peace, security, national cohesion and economic prosperity.

Rt. Hon. Elumelu spoke on Friday, September 17, 2021, during the inauguration of the PDP 2021 National Convention Organizing Committee (NCOC), held at the NEC Hall of the PDP National Secretariat, Abuja.

He said that Nigerians are beginning to be reassured and inspired by the unity and oneness of purpose prevalent in the party, adding that Nigerians utmost solidarity resides with the PDP, in their determination to vote out the APC-led government in 2023.

Elumelu cautioned that the PDP must not let Nigerians down as they go for their National Convention to elect National officials of the party, noting that the highest display of sportsmanship by aspirants to the various positions, is being expected by members of the Party and Nigerians in general.

“In the last six years, the APC led government has shown itself to be nothing but a power grabbing contraption, which has no interest in governance and the wellbeing of Nigerians.

“That is why the APC Federal administration has no strategy for wealth creation, but only interested in reckless borrowing, policy inconsistencies and treasury looting to devastate our economy and wreck the naira, which our party handed over to them at N167 to a dollar in 2015 to a disgraceful N567 to a dollar today.

“The APC led government has compromised our national security and is now superintending over escalated bloodletting, terrorism and unrelenting acts of banditry to the extent that mass killing is becoming a new normal in our country.

“It is indeed pathetic that under the APC led government, all the productive sectors of our country have been crippled. Infrastructural decay and skyrocketed costs of food and essential commodities have made life unbearable in Nigeria. The only hope is returning the PDP to power in 2023 and we must not fail our compatriots,” Elumelu stated

The highly articulate Federal Lawmaker therefore urged members of the PDP to go into the National Convention with every sense of unity, duty and patriotism with a view to electing competent, dedicated and experienced leaders who will lead the party and Nigerians to victory in the 2023 general elections.

“In this regard, our party members and Nigerians in general expect the highest display of sportsmanship by aspirants to various positions so that we can have a smooth, successful, credible and people-oriented national convention. In all, the interest and wellbeing of Nigerians must be paramount.

“I am enthusiastic that at the end of the Convention, it would be clear that our party is indeed marching forward to rescuing our nation from the misrule of the APC led government so as to give our compatriots the government they have missed and now earnestly yearn for,” he said excitedly.

The Minority Leader noted that one of the fundamentals in the task of ensuring a successful and transparent general election in 2023 remains the electoral law.

While assuring that the Minority Caucus in the House of Representatives remains determined in this direction, Rt. Hon. Elumelu said that Nigerians expect the National Assembly to do the needful in ensuring that whatever outcome emerges from the conference committee, will be for the overall benefit of all Nigerians.

Elumelu commended the leadership of the PDP and the various organs of the party, for their collective effort in navigating through the challenges that faced the party in the last few months and reported with great enthusiasm, the unity and harmony that exists in the House of Representatives Caucus, even as he affirmed their commitment to the task ahead.